NYC and in Toronto 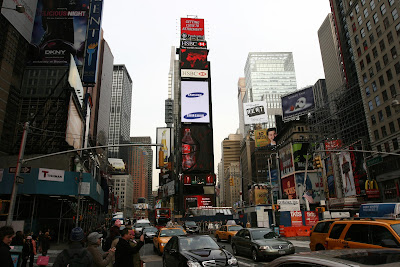 I'm in a snowy cold Toronto this week. In fact from the Maritimes to the prairies Canada is getting slammed by a winter storm.
Between Vegas and Toronto I spent the weekend in NYC and though I really didn't do much with the camera, I did snap a couple of things.
I stayed at the Paramount in midtown.
The Paramount was one of the first hotels I ever stayed in in the city.
Its got the smallest rooms in New York (that I've ever stayed in anyway) and is characterised by tiny bathrooms which epitomize style over functionality.
When I first camped out there it had uber cool pretensions. The Armani clad (actor wannabe) doormen were a study in slick nonchalance and I remember wondering if I was going to be denied entry given my non actor/model/musician status.
In short, the place and all who sashayed around its bars and lobby were aspiring "IT" boys and girls.
Now Travelocity and theater tours have introduced the lunch bucket crowd from Ohio to the delights of a self consciously hipster lobby.
Pop in to have a look and a laugh though in truth it was funnier back then.
Its not a bad place, just not the Philip Stark icon it once had pretensions of being.
I usually don't stay in Midtown as the tourists and theaters are not really my bag but there are interesting bits and pieces to see in the area.
Take this guy for example: 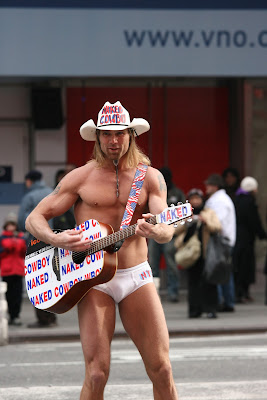 I first came across the "Naked Cowboy" last April and you can read that post here.

The difference between then and this past weekend was about 50 degrees. I was astonished to see the guy doing his thing in freezing (6 degrees F) cold.

Being the center of attention conquers the risk of pneumonia it seems. 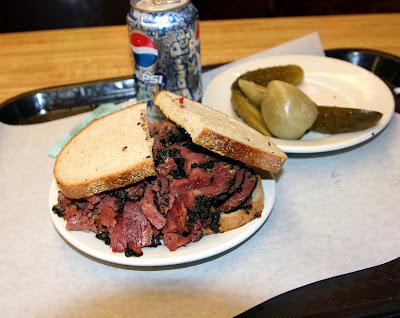 I made my usual pilgrimage to Katz's deli on the trip and though I'm a dedicated fan of the pastrami on rye served there I don't know how I would fare if I lived in the city. My arteries are still recovering 5 days later.
When I first visited NYC with my dad when I was 14, Times Square was a cess- pit of hookers, thugs and peep shows. Disney made a deal with the city a few years later redeveloped whole sections of the area. The city clamped down on the sleaze and put a cop on every corner. Times Square now feels like the safest part of New York. 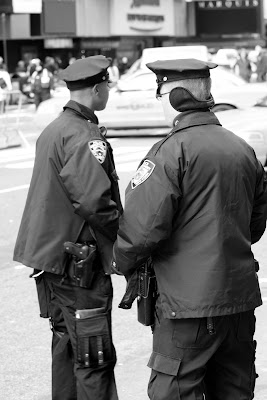 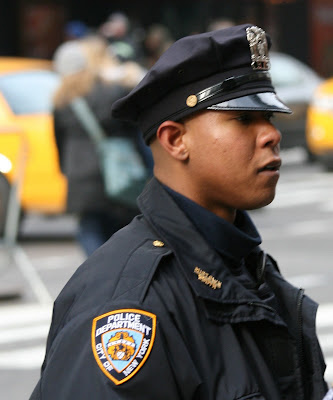 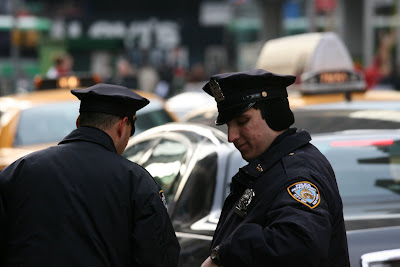 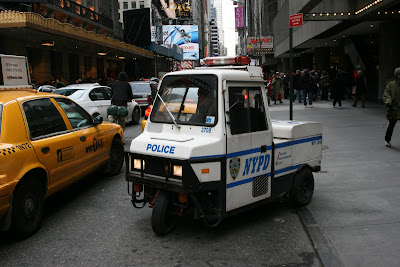 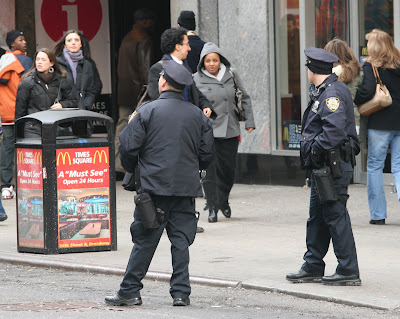 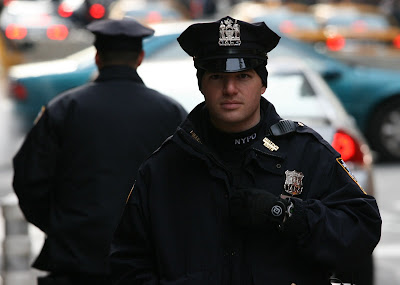 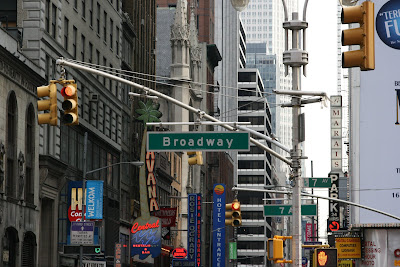 That's it for today.
Toronto is in deep freeze which is marked contrast to my last visit here when the city was in the grips of Caribbean festival fever.
I'm also working as opposed to revisiting the past
The world turns.
Love to all
T 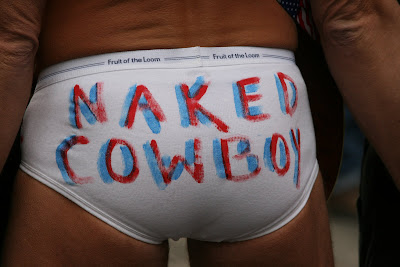