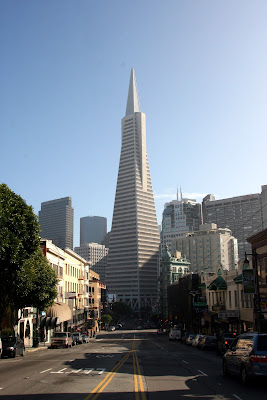 I've ticked most of the boxes on this trip and the weather has been both cooperative and abysmal. 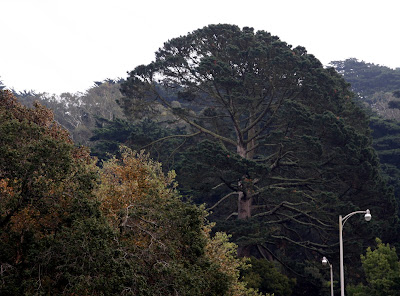 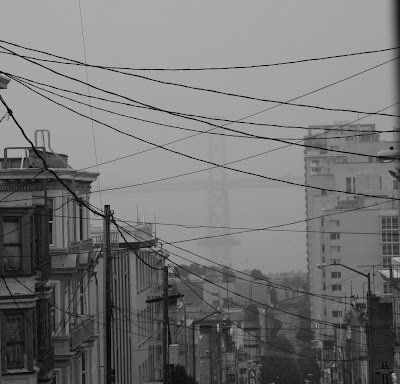 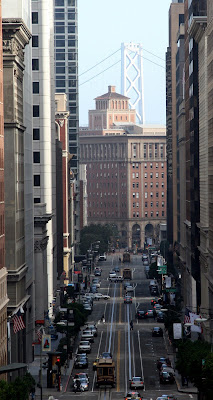 Public transport in SF is the usual subway and bus combo, but there's also the famous cable car (fun but SLOW) and a variety of vintage street cars (1940s+) from all over the world. They're not just for tourists but are integrated into the public transit system , albeit on the popular visitor routes. 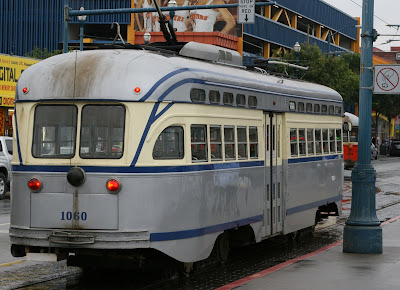 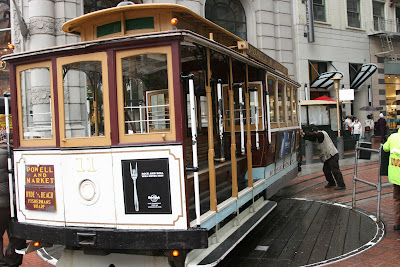 Its hard to get away from the homeless in SF. The city seems to be a magnet for beggars and vagrants many of whom, sadly are clearly mentally ill. They belong in hospitals not the streets.
The begging feels relentless and can be aggressive or halfhearted but is ever present.
The panhandling is concentrated in the tourist areas and reaches a crescendo in the downtown core.
During my three days here I also took a walk through the Tenderloin district The area got its name because a 100 years ago the cops who patrolled there were paid extra and could therefore afford more expensive cuts of meat.
From what I saw it's still a combat zone.
Hookers, drug attics, drug dealers and violent, lost souls.
Though I'm not a timid fellowl, I thought it prudent to leave the 2 grands worth of camera equipment in its bag so none of the pictures below are from there.
I've travelled to some pretty scary places over the past few years and can say the district's vibe could be as threatening as anywhere I've ever been.
I was sitting having a coffee at 4 pm and through the window I saw 4 guys pull up across the street and beat a drug dealer senseless with baseball bats.
I've not seen that before. 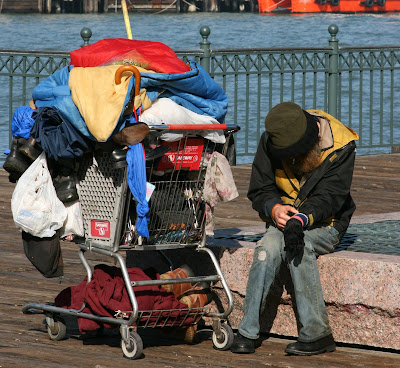 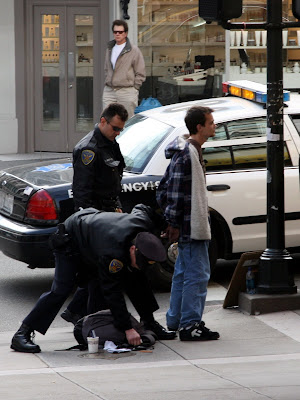 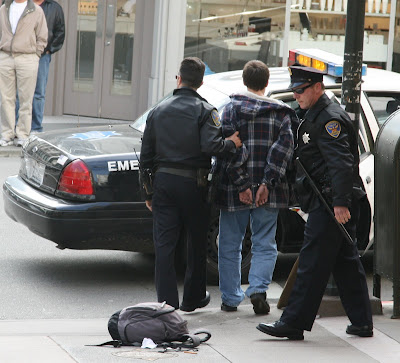 Ok enough of that.
The street below is "Lombard Street" which the story goes, is the most windy, crooked street in SF. 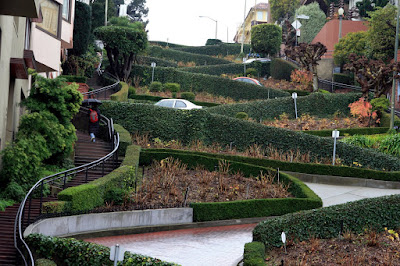 SF is a city of steep hills and taxi rides can be interesting as a result. The inclines are steep and on more than one occasion I wondered whether we'd stop in time. 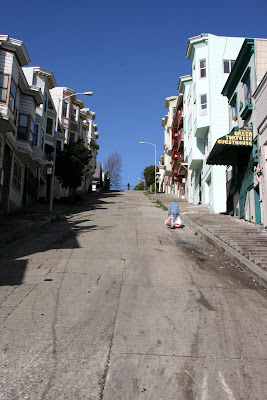 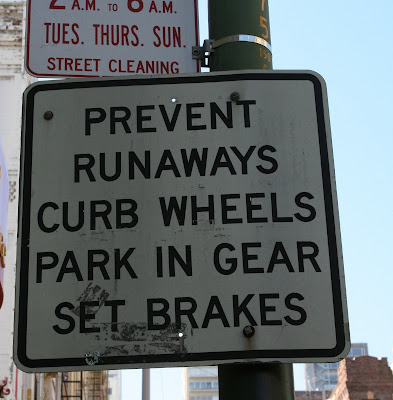 The sign below is replicated everywhere.
I'm unsure what it means. 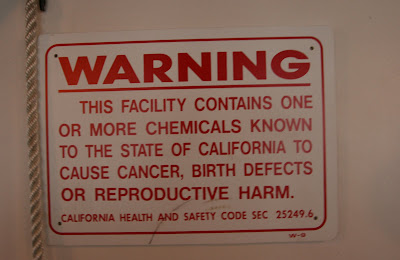 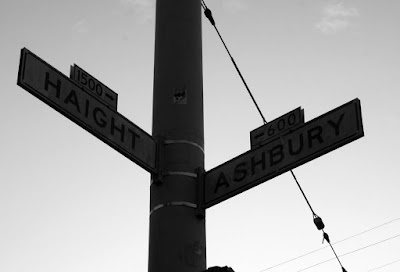 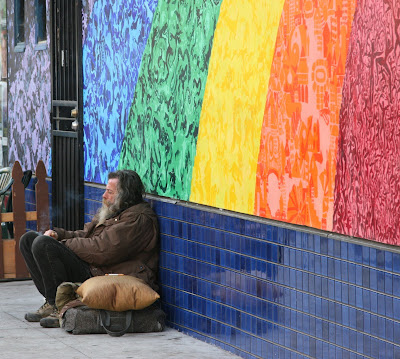 Is it me or is that sentiment bit odd? 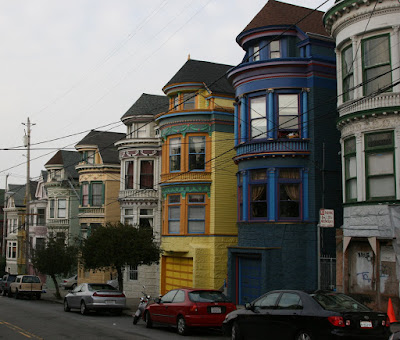 To my eyes at least the area looks a bit gentrified. There's even a GAP! 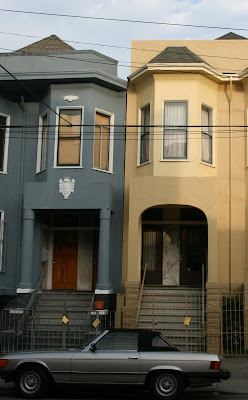 636 Cole Street.
It had a infamous former resident.
Charles Manson did his recruitment from here. 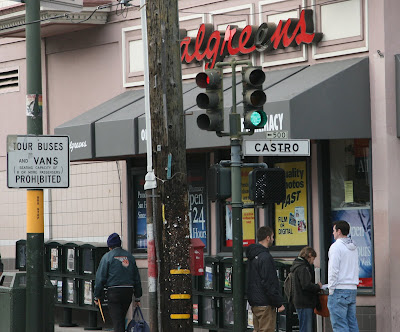 According to Frommers, Castro and 18th Street is the "gayest intersection on earth"
Hmmmm.
Is it? 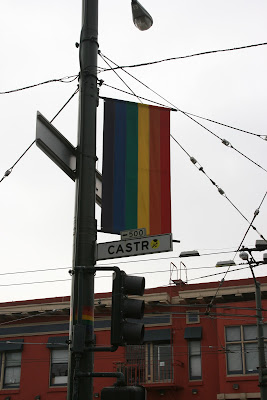 I'm no expert, but I'd say it was pretty gay. 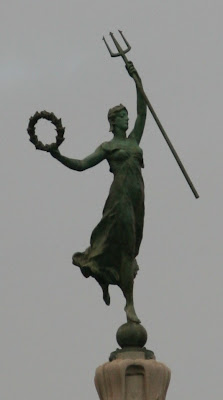 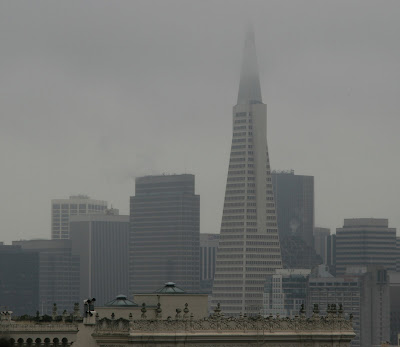 Back to foggy day 1.
I went down to Fisherman's Wharf to catch the boat to the Golden Gate Bridge. 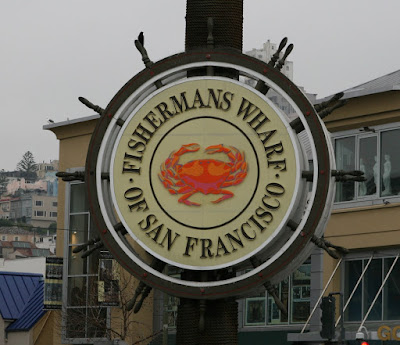 Its as you'd expect, touristy and tacky 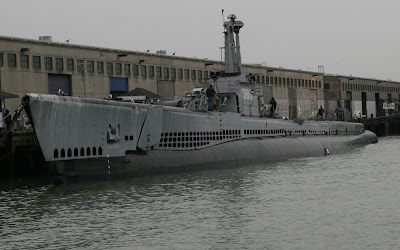 I included the picture above as my friend Gareth has a WWII submarine fetish. 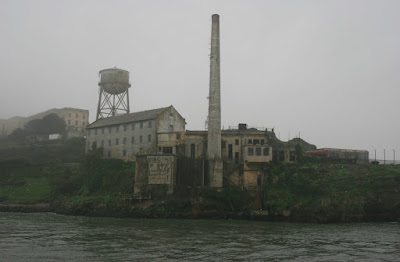 I didn't visit Alcatraz but from all accounts its a tour worth doing. 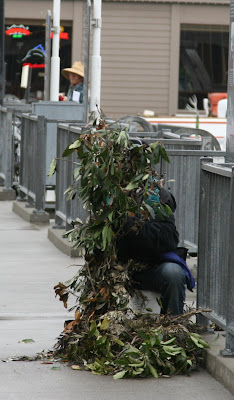 On Fisherman's Wharf there's a strange fellow who hides behind a hand held bush. 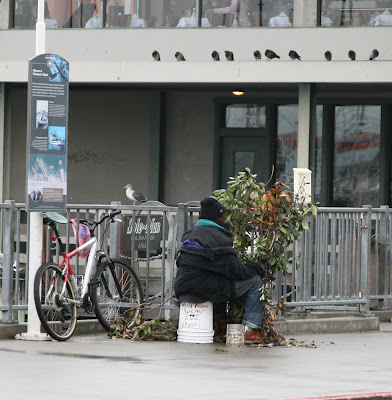 He waits patiently for the unwary to pass. 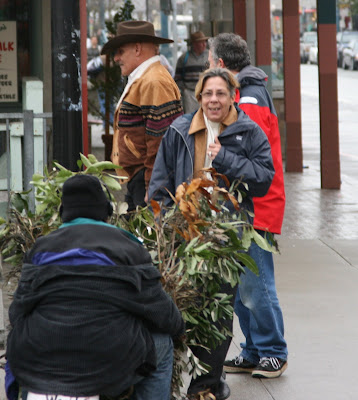 When they pass he growls and sticks his head out of the bushes. Sometimes the passer by jumps out of their skin. A little crowd of people stand on the other side of the street and howl with laughter every time he scares someone. 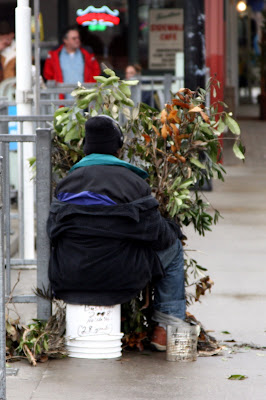 That's it for SF other than the Mural post above. 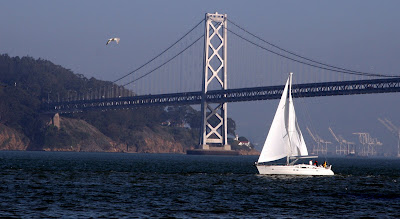 the mural pics are nice! gotta get some of those printed out and in an album of some sort.