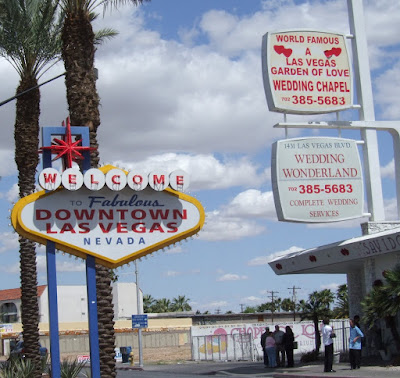 Well back in Vegas. I stayed the first night in the Sahara which is the grand old Dame of the strip. 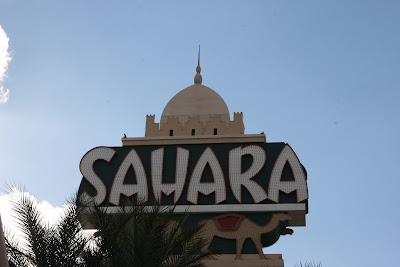 Jerry Lewis, Johnny Carson, etc all cut their teeth at the Sahara. Unfortunately the place hasn't changed much since the 1950s. At 2 am the long stumbling walk through the casino to check in past scary, zombie staring slot players, and finally arriving in blast furnace dumpy room was not the Vegas in the brochures.
I changed hotels the next day and checked into the Golden Nugget off the strip but downtown. 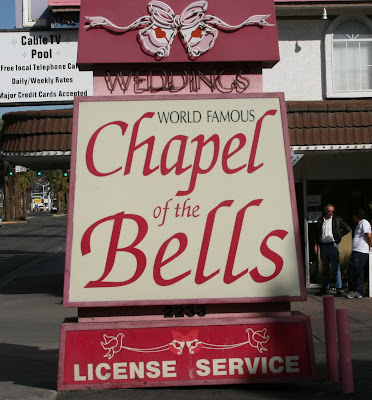 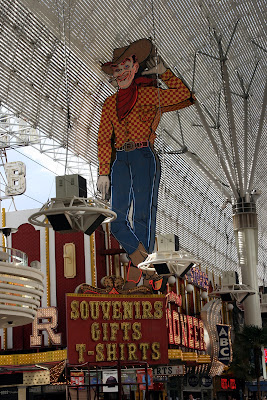 The Golden Nugget is on Fremont Street and part of the much hyped "Fremont Street experience" Its a poor relation to the Strip but half the price and in many ways a bit more fun. Its definitely unashamedly tacky. 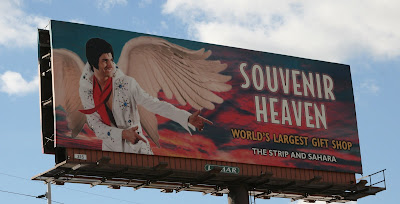 The Strip is as surreal as it was on my last trip. For the second time in 36 hours I was in NYC. 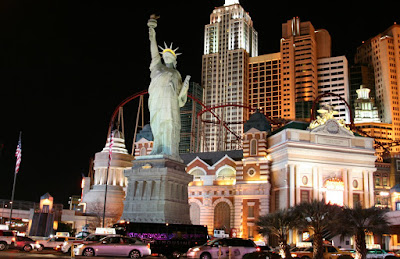 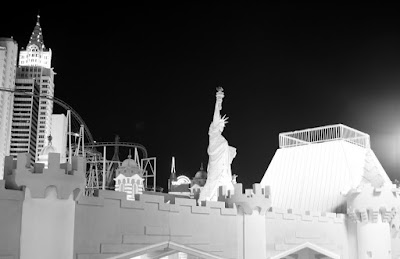 Or was it Disney Land for misguided adults? 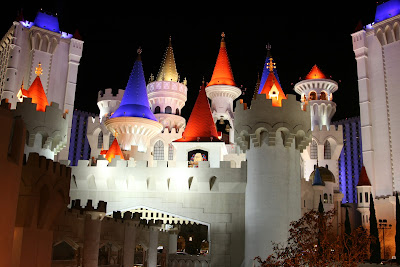 I don't gamble and consequently find this town dull. After the jaw dropping astonishment at the sheer ludicrousness of it all the shine comes off.
Think of a Mormon walking through the red light district in Amsterdam. At first its astonishing but soon loses its one trick (pun intended) shock value.
I find Vegas as silly in a way as Disney World was. At first you marvel at the sheer scale of the game being played out.
Then puzzlement.
Then a bit of disgust.
Finally indifference.
Sermon done.
I'm renting a car and going to see the Hoover Dam today and will also venture into the Vegas beyond the casinos and see if there's anything worth seeing. Is there a crumbling foundation lurking beneath the glitz?
Probably not. I expect to see strip mall hell.
Tomorrow I'm off to Californ-i-a
Love
T 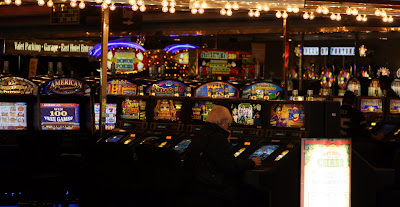