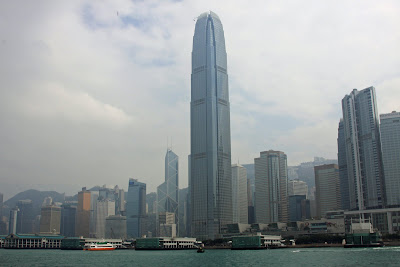 I did something I've wanted to do for a while today. The owner of the company I work for was in town and the office all piled into a boat and cruised to Lama Island. Hong Kong looks pretty cool from the water but the vistas I'm used to seeing have been limited to the view from Star Ferry. 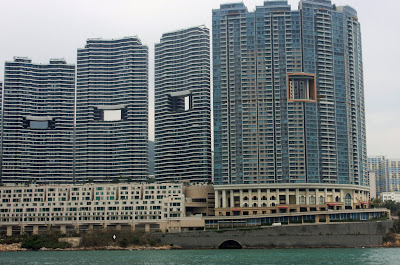 There are plenty of things to see if you take the time to look.
Blah, blah, blah.
I think I've said that before. 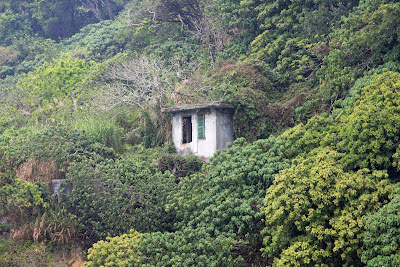 Hong Kong is one of the biggest ports in the world and though the traffic of goods from China has abated somewhat lately, there's still some monster boats piled high and making their way to all points on the globe. 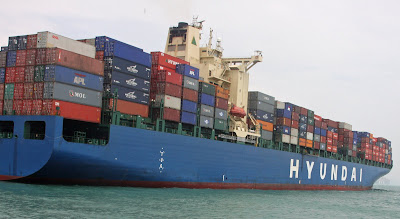 It takes about an hour of bouncing up and down to get to Lama.
Once there you find yourself in a different place. With no buildings over 3 stories and a tranquil vibe its a nice little counterpoint to the go-go of Honkers. 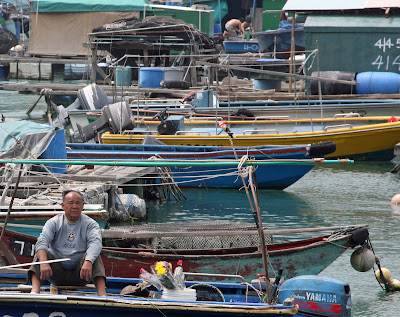 There's only 6000 people and no cars or motorcycles. The limited ferry timetable keeps the city at bay.
People day trip to have lunch at the little ferry terminal and that's what we did today.
Seafood of course.

The beast had sharp teeth. 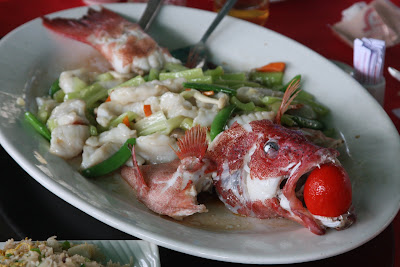 Only in China
and Korea
and Japan
do people eat stuff that belong in a fish tank. 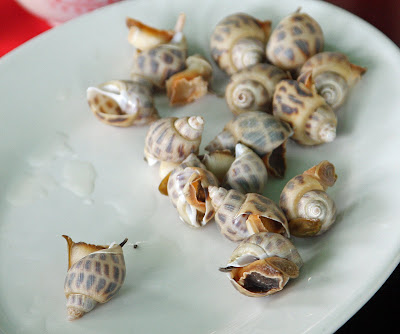 That's it for post number 675.
I head off to to Bangkok tomorrow then KL on Tuesday.
See ya from there. 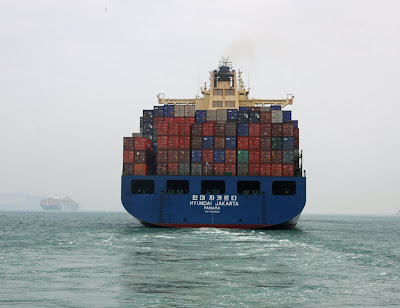 I bet if you where in a small boat you felt a lot smaller next to the cargo ships ? and the towering building along side the river ? if one of the ships moved of you would have had a good wash :) followed by sea sickness at that fish with a tomatoe in it's mouth ,suppose it is no different to a pig with an orange .penny x