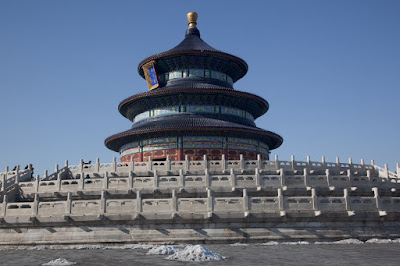 According to UNESCO, who made the complex a World Heritage Site in 1998, The Temple of Heaven was described as "a masterpiece of architecture and landscape design which simply and graphically illustrates a cosmogony of great importance for the evolution of one of the world’s great civilizations..." as the "symbolic layout and design of the Temple of Heaven had a profound influence on architecture and planning in the Far East over many centuries."
Built between 1402-1406 the Temple served as the main place of worship for the Emperor, who was considered "The Son of Heaven" and as such administered on behalf of the Divine all worldly things.
Built for the purpose of praying for good harvests, twice a year the Emperor and his entourage would decamp from the Forbidden City to set up household within the complex. On pain of death no ordinary Chinese were allowed to witness either the procession or the hocus pocus afterwards.
In the time spent within the Temple, the royal household were required to abstain from eating meat or fish.
Why?
I have no idea. 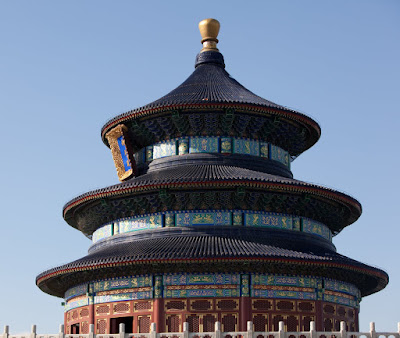 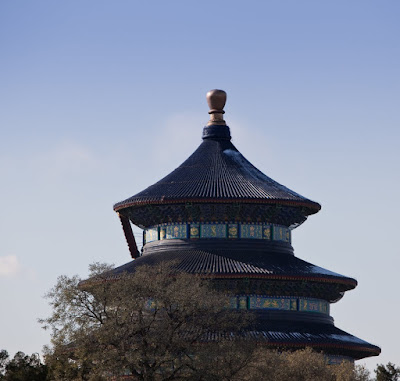 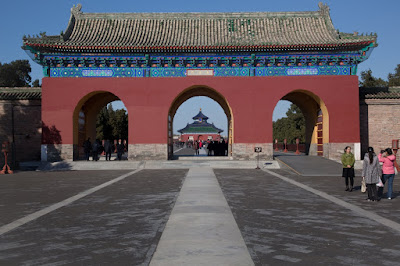 Impressive as the Temple itself is, much of the fun of visiting takes place in the gardens surrounding it. 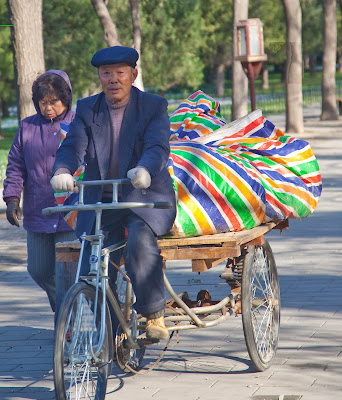 Its a gathering place for the good people of Beijing, and even though it was freezing on the Sunday we visited, they were out in force (ish). 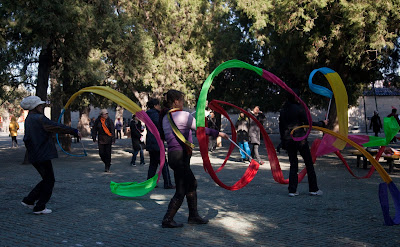 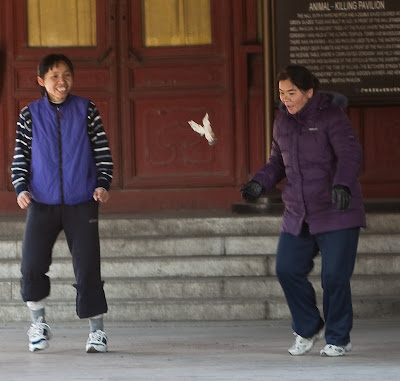 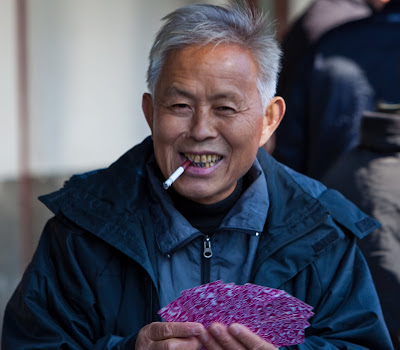 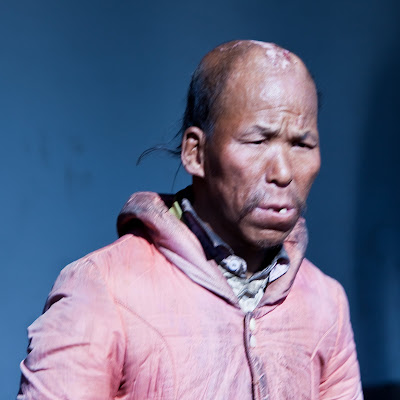 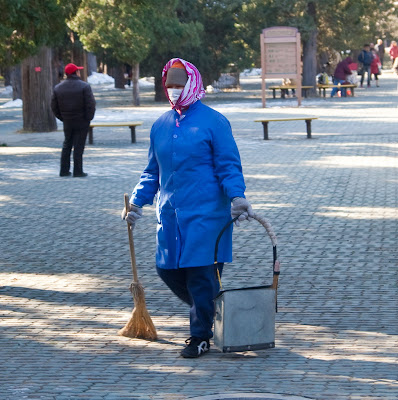 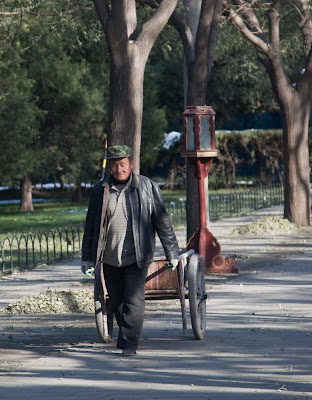 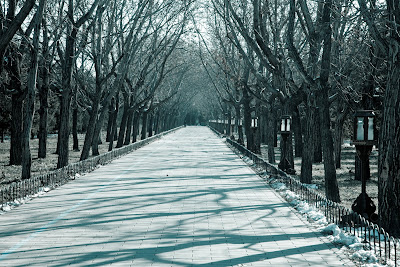 The touching sight of the day came within earshot of the little device below. 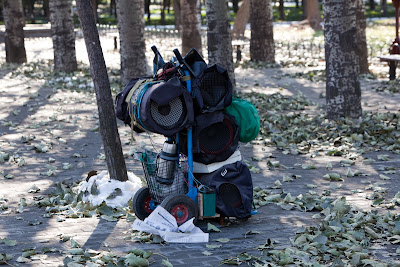 A combination of Chinese/ pop/ballroom/classical music boomed (surprisingly loud) from the speakers.
Scattered, here and there were singles/couples/ groups dancing up a storm. 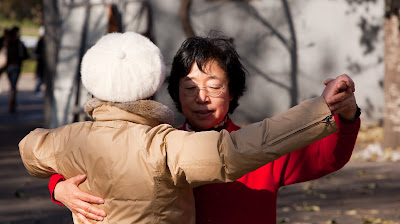 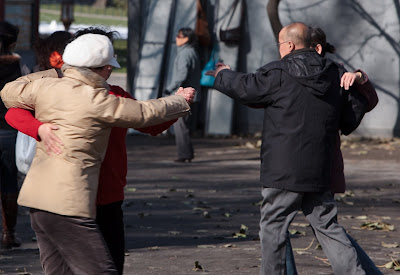 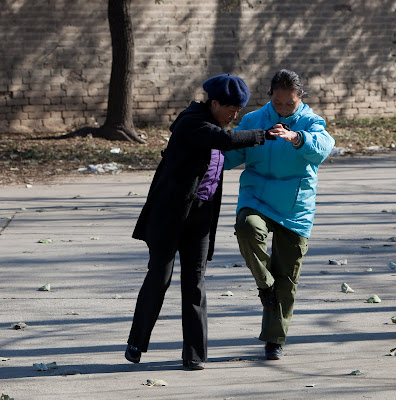 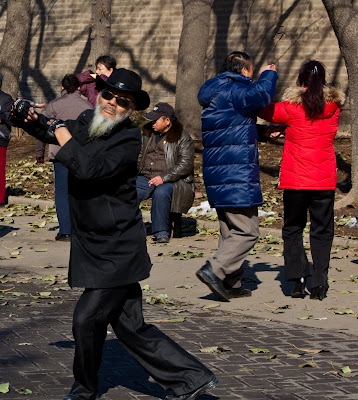 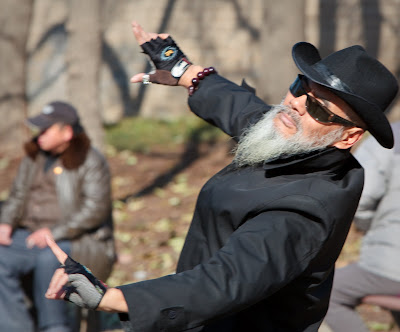 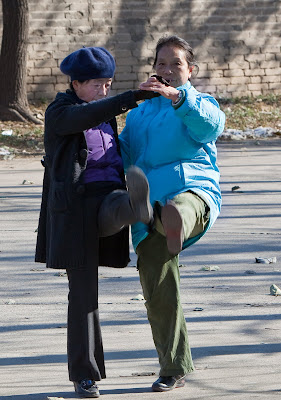 That's it for China.
Next stop Jakarta in the wee hours of the morning.
Its cold in HK and about 25 degrees warmer in Indonesia.
Given my $3000/month flat has no heat that's a good thing.
I'll post pictures if I get a decent Internet connection or (more importantly) the time to get off a few pictures. 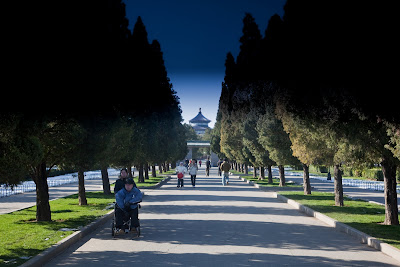 Love to all and stay warm wherever you are.
T
Posted by Terry at 1:58 am

I have learnt, or should that be learned, a new word: cosmogeny.

Cosmogony, or cosmogeny, is any theory concerning the coming into existence or origin of the universe, or about how reality came to be. The word comes from the Greek κοσμογονία (or κοσμογενία), from κόσμος "cosmos, the world", and the root of γί(γ)νομαι / γέγονα "to be born, come about". In the specialized context of space science and astronomy, the term refers to theories of creation of (and study of) the Solar System.

haha, the dance looks interesting.
I would like to join them, but I can never get up so early especially in such a freezing cold weather.