Year of the Tiger office dinner and Macau 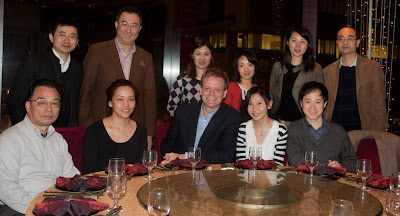 On Monday I attended our annual Lunar New Year office dinner. This is my second (and last-sniff) with the Hong Kong team and I enjoyed it even though it was sandwiched between conference calls. 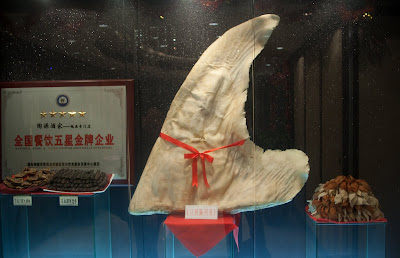 No, sharks fin is not politically correct. 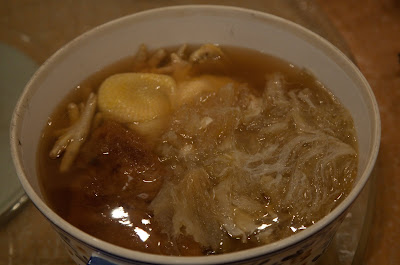 Yes the soup tastes very nice though the chicken's foot ( can you spot it?) is a bit off putting. 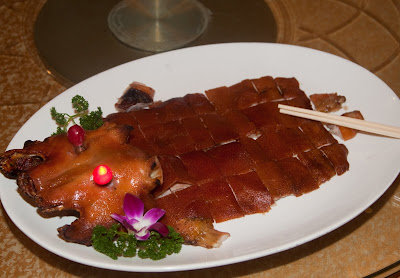 Those are flashing lights in the eyes. 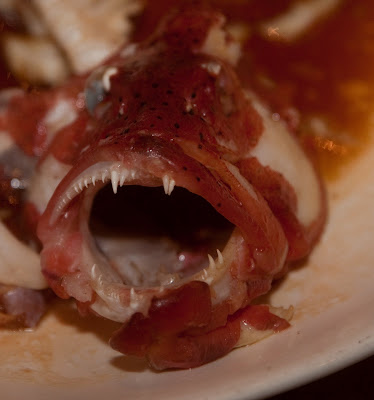 Abalone isn't my favorite food. The most expensive versions have been dried and the shrinking meat, inherent in the process, concentrates the flavour. The stuff we had was relatively fresh and a bit easier to take. The texture still freaks me out though. 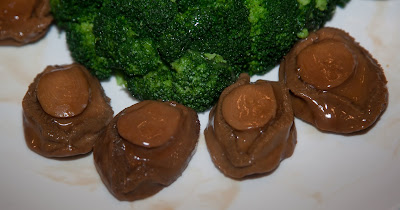 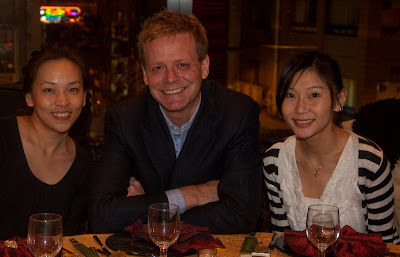 A great night was had by all. 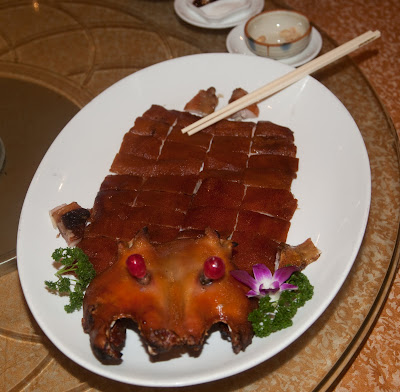 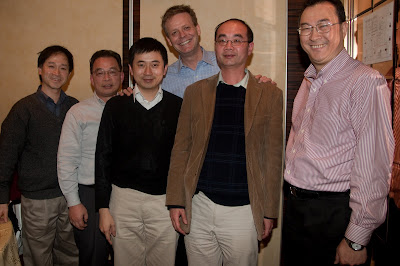 I managed to get to Macau this week and it's changed considerably since I was there 15 years ago.
One of the things I like about Macau is you can still find a reasonable number of old buildings. In Hong Kong they knock em down once the structure approaches 20 years old.
There's still hints of Macau's Portuguese past in the architecture of the older houses and I think its an interesting glimpse of a faded past. 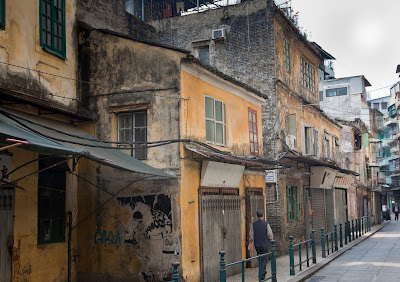 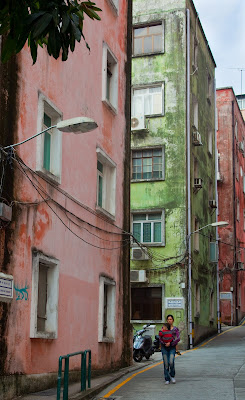 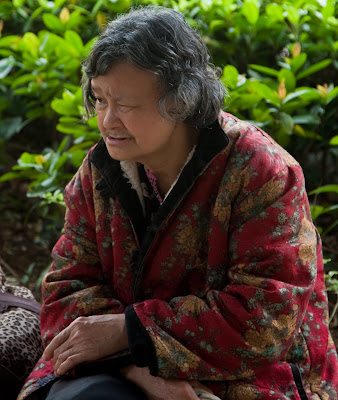 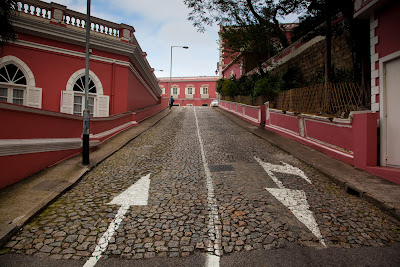 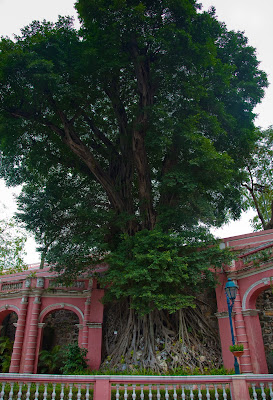 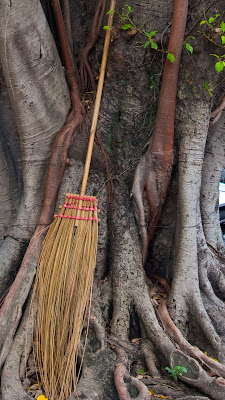 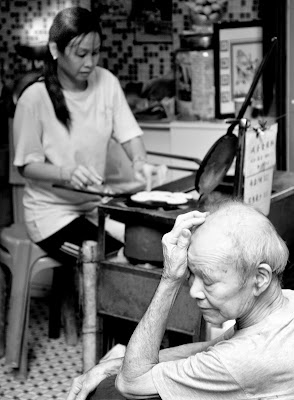 Who am I kidding?
Macau is all about gambling.
Parts of this place makes Vegas seem demure. 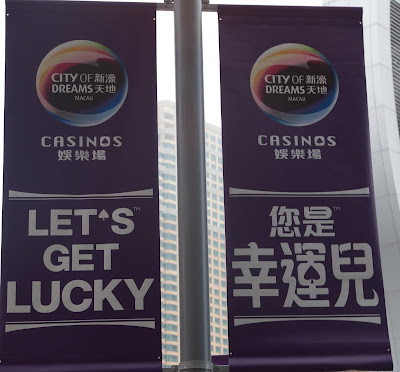 Like Hong Kong, Macau operates under the "one country two systems" policy whereby China runs defence and foreign policy and the territory has its own legal, monetary and court systems.
Back in 1995, the key visitors were from Hong Kong, but today it's the mainland gambler who fuels the bonfires of money in the casinos . All the big Vegas properties are here ( Sands, Wynn, MGM, Venetian) and well they should be: In 2006 Macau surpassed Las Vegas in gambling revenues ( over $6 billion) and despite the recent world financial turmoil has continued to grow.
The Chinese love to gamble.
The mainland government(where its illegal) have allowed citizens to go to Macau and indulge this passion, though theres been growing alarm at the huge number of people losing their life savings at the tables. As a result the communist party has started to apply visa restrictions and have strict limits to the number of trips an individual can make in a year.
There's been a corresponding drop in casino profits.
The papers in Hong Kong frequently feature stories of minor government officials from China, who having embezzled small fortunes from public coffers, lose it all on the tables and face arrest when they return home. Before 1999 when Portugal handed the territory back to China, Macau was the playground of triads and organised crime. 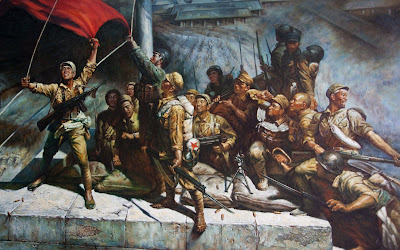 The Peoples' Liberation Army put an end to all that and the big players from the US moved in. 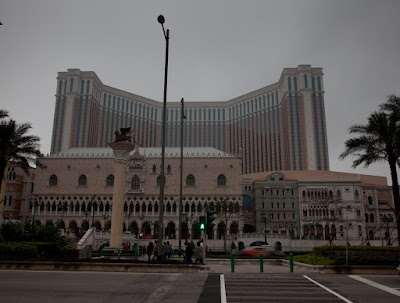 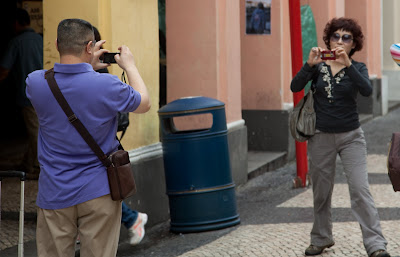 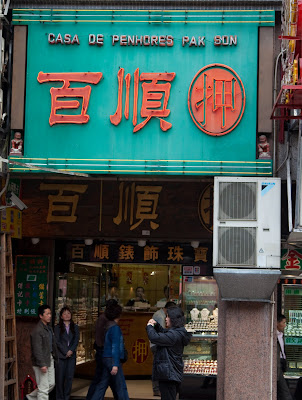 Whether you're in Vegas, Atlantic City or Macau, the pawn shop industry does a roaring trade. 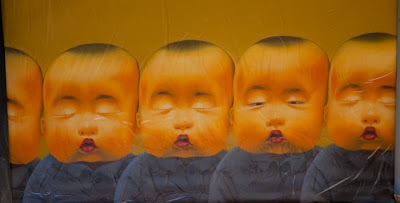 That's it for today.
I'm flying to the US at 1 am tomorrow and will settle in for a two week stint. 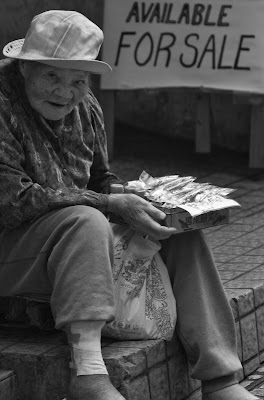