Catch up- Berlin, Madrid and back in Hong Kong 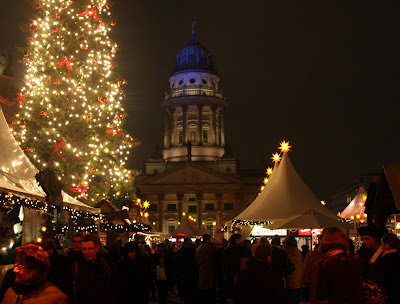 Last week started on Monday in Berlin and after various bits and pieces, the guys in the office took me to a traditional German Christmas market. You pay a Euro and mill around with a huge herd of Germans, bumping into craft displays, drinking evil Teutonic versions of mulled wine all the while freezing your balls off. There was also the curious sight and sounds of a band performing Louis Armstrong songs complete with gravelly voice and German accent.
Nice but very odd. 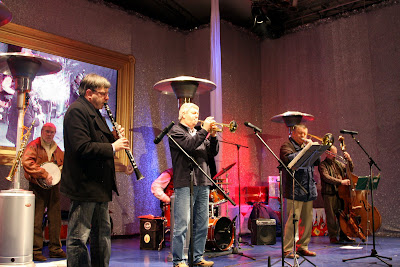 From Berlin it was on to Madrid, one of my favorite cities in Europe. 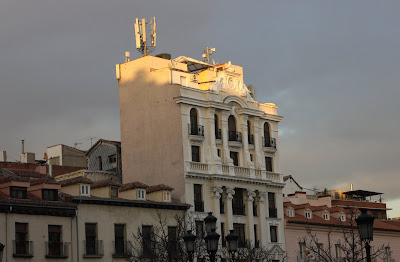 The highlight of any trip to Spain is dinner hosted by this guy: 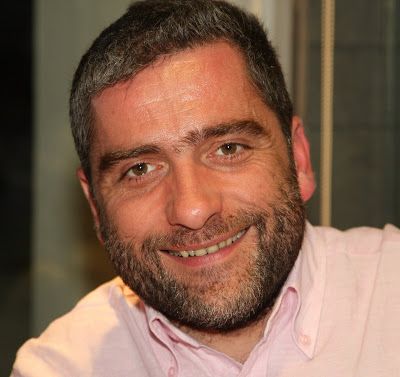 Mr Mascorda is an expert when it comes to food and wine.

As usual the venue was cool. 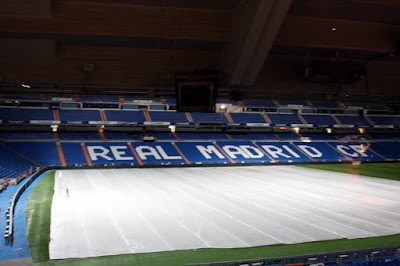 Plenty of red meat and wine. 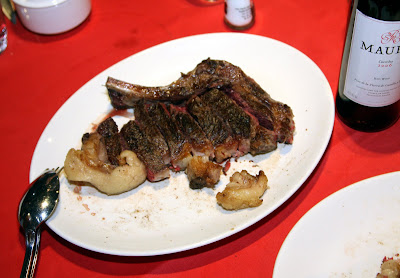 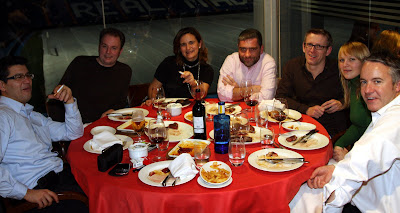 Good fun but I think there were a few people feeling it the next day. 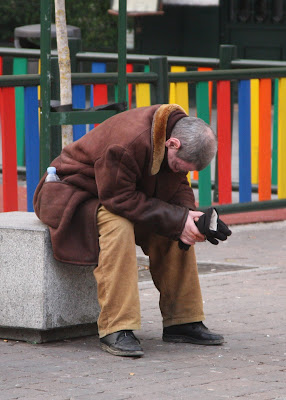 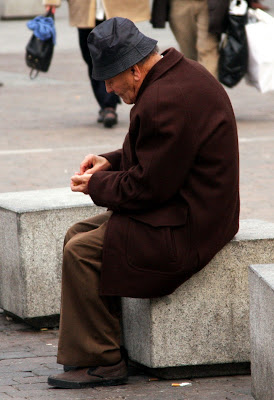 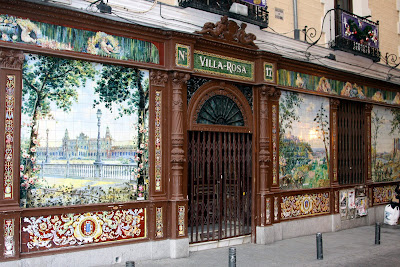 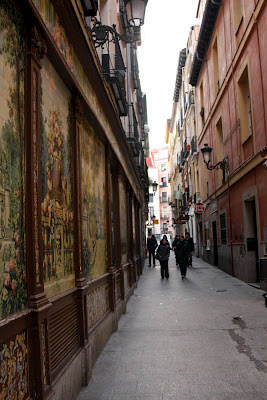 OK I admit there's nothing riveting in this post.
I've been going flat out the past couple of weeks and am suffering from a little post tread-mill blues. Back in HK since Monday, I've experienced the shopping frenzy that is Christmas here. Wave upon wave of Chinese bargain hunters crash along the sidewalks in Causeway Bay, the city's epicenter for consumerism. Oxford Street in London is a stroll in the park.
Manic. 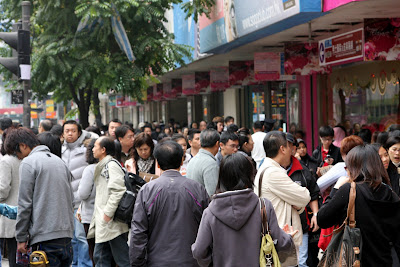 Its cool(ish) here at the moment, but if you look at some of the attire above, you'd swear people were braving a Canadian prairie winter.
Not much more to say other than Merry Christmas to all.
I'm heading to Cambodia on Boxing day and hope to get some cool pics of Ankor Wat and whatever other bits and pieces come my way. 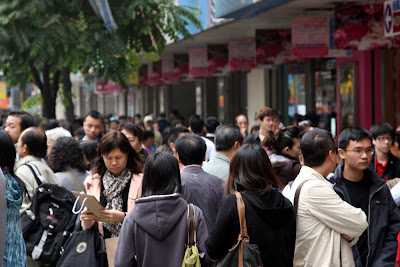 I hope all of you, wherever you may be have a wonderful and peaceful holiday.
T
Posted by Terry at 12:47 am

Next year can I come over for Christmas? Please?

Where to start:
21st: Miss Mini-Baron arrives a day earlier than expected, at 6.45 am. Mommy thinks Daddy got it wrong, but Mommy emailed Daddy and yours truly the wrong date. Mommy will never, ever, admit to this.

22nd: TR-HW's lovely friend saves the day - Miss Mini-Baron plays with her UK gal pals (8, 10) all day, while TR-HW does (at high rpm) all the last minute Xmas stuff she was expecting to do at a leisurely pace. Also learns never, ever, to go to Argos 2 days before Xmas (50 mins to get out of car park).

23rd: Five adults, one OAP and three girls (8,8,10) mobilised for a trip to Beauty and the Beast (good). Massive row between Baron and TR-HW (bad, but strangely satisfying).

24th: Discover in the middle of cooking 7 course Polish Baron family Christmas eve meal (Wigilia) that the Baron has neglected his one Christmas hunter-gatherer task - to order a turkey. Consider sculpting turkey shape from packs of turkey slices from the "One Stop". End up with a 17lb turkey, for four. Debate whether or not to bisect to fit it into the oven.

25th: Cook Christmas dinner, manage to squeeze monumental turkey into the oven. Oven trips out half way through, then thankfully revives (can you cook a turkey with a blow torch or on a barbeque? Came close to finding out.). Driven to the very edge of (in)sanity by constant repetition of Mamma Mia CD. Get vintage gold watch from the Baron; ask if this is a retirement present (in ingrate mode).

26th: Grandma taken home early (to avoid any physical assault on bolting Mommy). Mommy, new husband and their self destructive (boy) 2-year old arrive for lunch and to collect Miss Mini-Baron. Realise swiftly that house is not 2-year-old proofed and normally mild-mannered cat can fight back admirably. Cook another Christmas dinner, recycling the mother of all turkeys. Fairly civilised day, only minor snappishness between Mommy and the Baron. Kids have fun.

Have fun in Cambodia, don't stray off the paths.

29th: Hurrah! The last of the turkey despatched in a Thai red curry (apart from the two pterodactyl-sized legs in the freezer).

Have a day off to myself and am so confused at not being at full pelt that I've got nothing done other than baking a cake (still in domestic goddess mode).