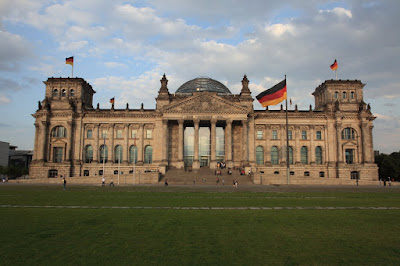 I haven't had much time to post lately but I was in Berlin last week for a few days and managed to take a few pics. 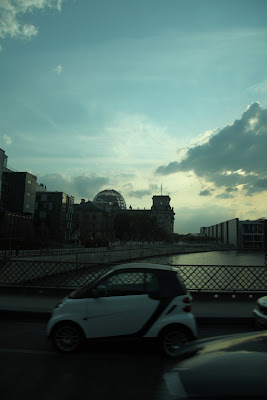 The weather was up until the last day beautiful. When I had some time the clouds closed in and it looked like there wouldn't be much luck in terms of photo ops. Just as the sun came down over the Brandenburg Gate, the light changed and the results were interesting. 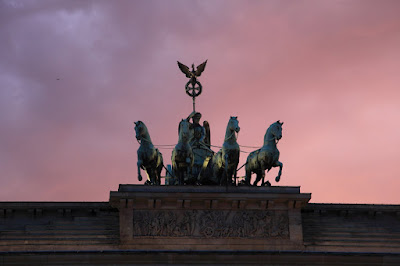 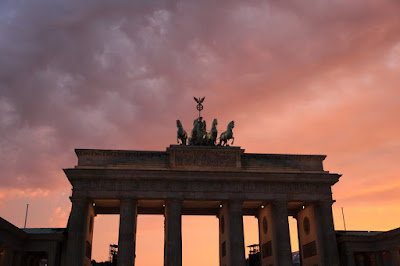 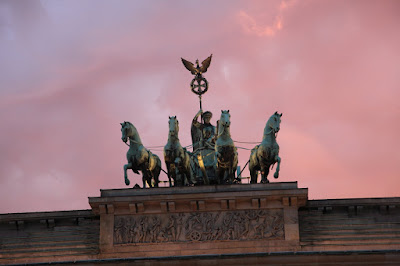 Most of the rest of the pictures were snatched during a brief city tour and the various times before and after 3 long working days. As always there is the obligatory shot of German artery closing grub. 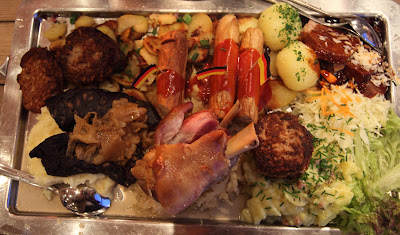 In a city of monuments the most striking has to be the Holocaust memorial. 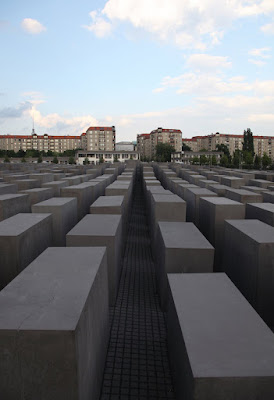 Its a 19,000 sq meter site consisting of 2,711 concrete slabs all of uniform shape but of differing heights and sizes. Passages between the slabs are sloping and uneven, and though the architect Peter Eisenman has never fully explained his full message, the project notes state that part of the goal of the design was to create a sense of uneasiness and confusion.
I think whatever the goal of the designer, the effect of the place is profound. Its the second time I've been there and I felt a sense of melancholy that stems I guess from the sheer madness of the events being depicted. In this day of a modern, clean "lefty" Germany, the dark days of the late 1930s, early 40s seem detached and removed. 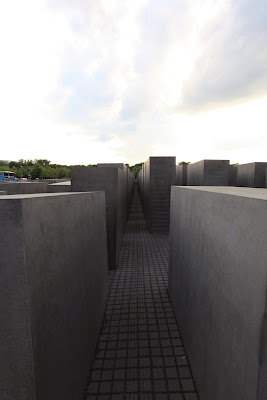 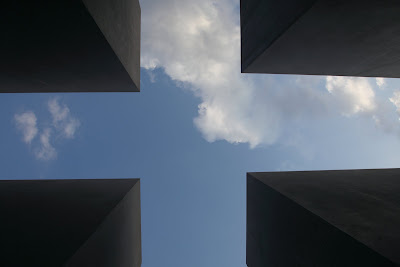 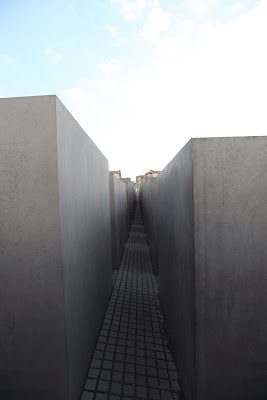 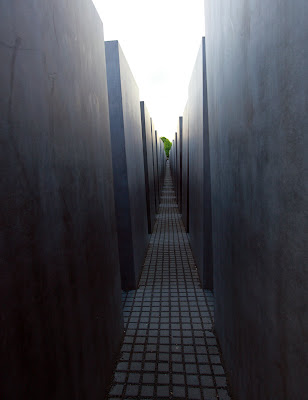 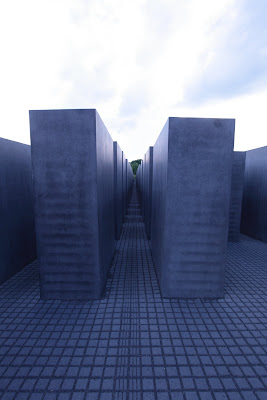 Around the corner from the memorial is the former site of the Reich Chancellery, the centre of Nazi power and the place where the Final Solution was conceived and directed. Attached to the Chancellery was the " Furher Bunker" where Hitler lived out his final days before shooting himself. 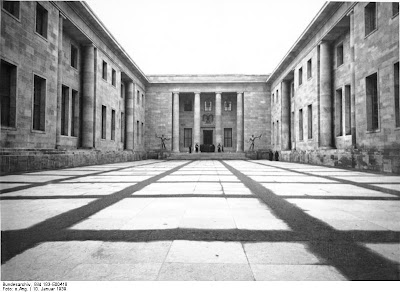 No 6 Voltstrasser, once the center of Nazi power today houses a block of flats and Chinese restaurant. 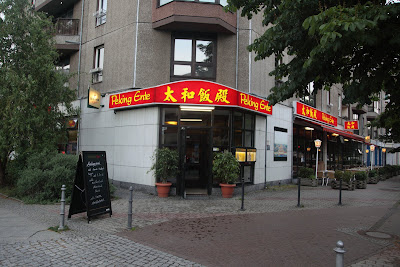 Hitler's Bunker is a parking lot. 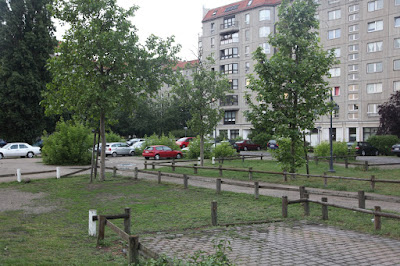 No trip to Berlin is complete without a trip to checkpoint Charlie the old crossing point between East and West Berlin. 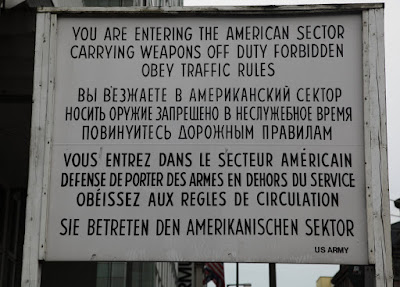 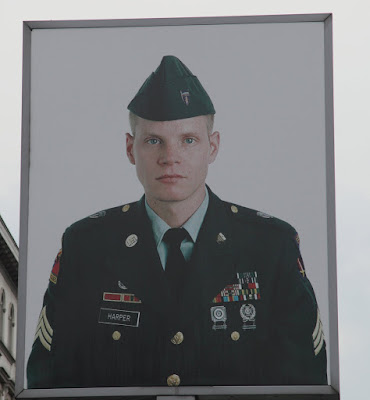 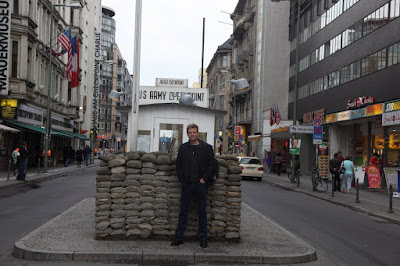 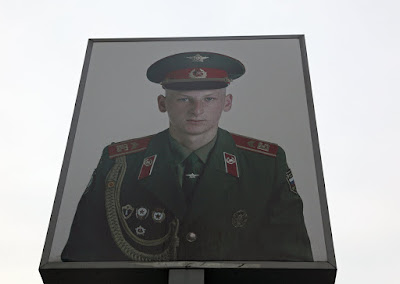 " The Producers" has just opened in Berlin.
Given the subject matter there's a degree of unease in the capital where its illegal to display any of the symbols of the Nazi regime. Though the play pokes fun at the Reich, the swastikas have been replaced with pretzels and sausages for all advertising though the stage props show the real thing. 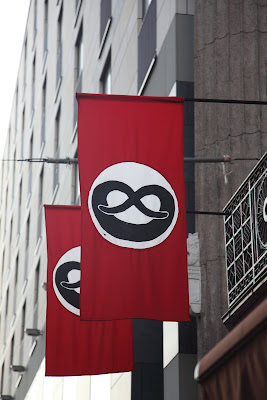 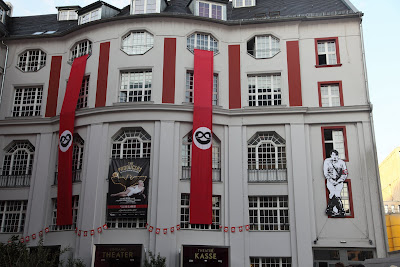 Alexander Platz is in the old eastern half central Berlin. The TV tower is the tallest building in Germany and second tallest in Europe. I think its ugly. 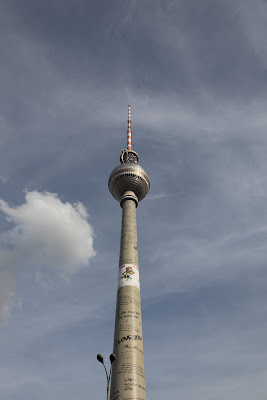 The public square is still a gathering place of sorts and the people watching is pretty good value. 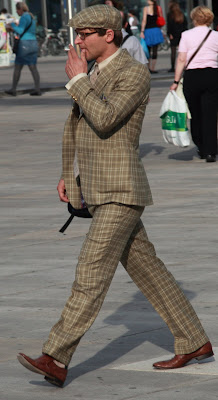 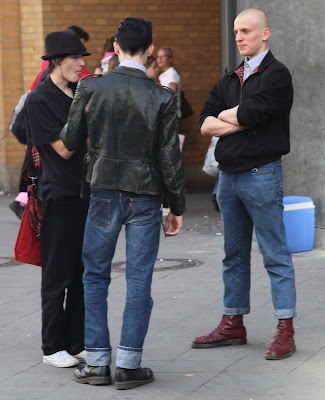 The wall is another Berlin Standby.
I visited one of the last standing sections at Bernauer Strasse, scene of many a dramatic escape attempt. It was here that initially buildings butted right up against the border and people jumped from windows to escape the East. 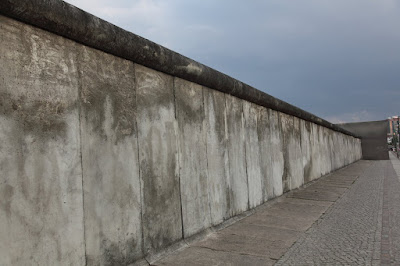 The wall was actually two walls with a killing zone in between patrolled by policemen and dogs. 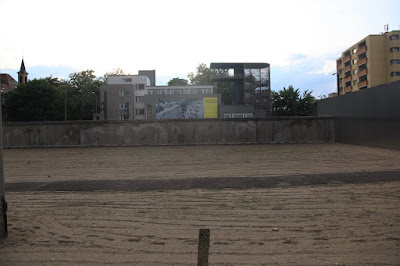 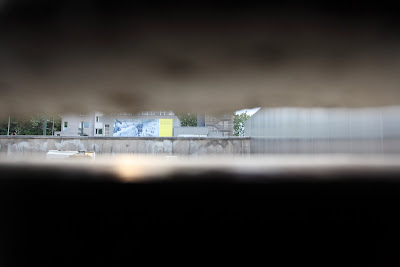 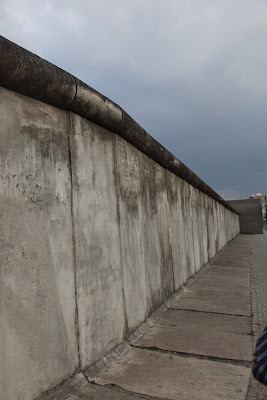 That's it.
I may add something later but right now I'm a bit fed up with the world and feeling a bit on the jaded side.
The prose is stilted and distracted.
Tomorrow I'm in Prague until Friday, then Belfast at the weekend.
Stay well
T 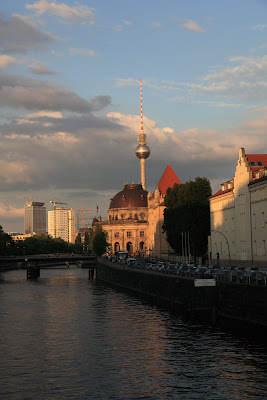 why are you fed up with the world?