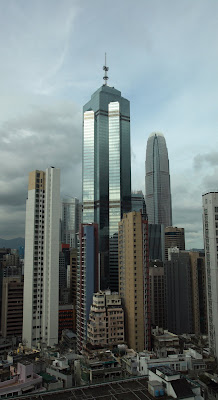 As I mentioned in my last post, that's the view out of my front window.
I live in Mid levels, an area of HK inhabited by expats and western educated Chinese. Most of us live in tall buildings crammed together on every available block of land.
I live on Staunton Street and the end of the street I live on is going through a bit of turmoil. Its one of the few low density areas left and the developers covet the space.
They want to level it all and build shiny new towers for the Dieters, Olaf's and Terry's (Germans, Swedes and " me"s) poised to return once the financial crisis abates.
There have been plans and protests.
New plans and new protests.
The small plot of land next to my building may herald the future for the area.
The pile driving and noise (which I heard for the first time last week) is disruptive and the locals are fighting further development tooth and nail. 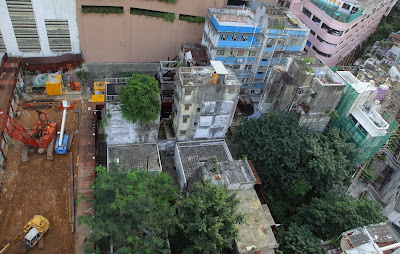 I can't say the buildings are beautiful, but they do have a bit of character and are inhabited by people who predated the escalator. 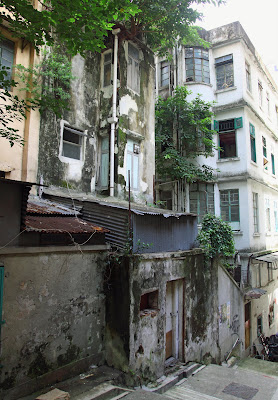 These folks were here before the expats rolled in with the bistros and pubs settling closely behind in their wake. 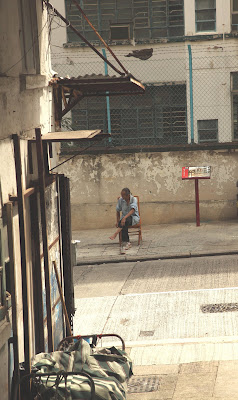 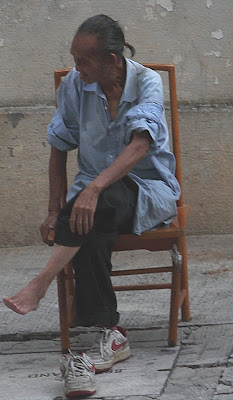 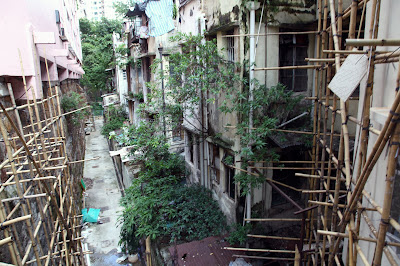 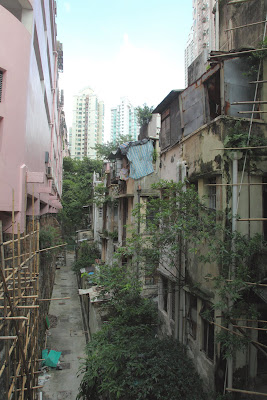 Walking around this morning I realised that I live not 500 meters from a prison. 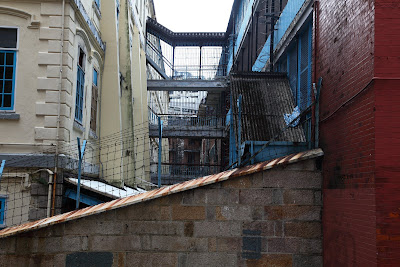 Its attached to the old police station on Hollywood Road and I don't know if it still has inmates but the barbed wire still looks pretty functional. 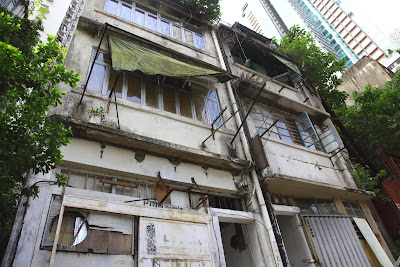 That's it for today.
I'm off to Beijing in the morning and hope to get some pictures of the night market tomorrow evening so check back for pictures of the creepy-crawly fast food on a stick. 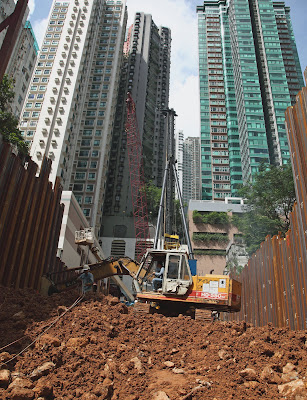 Have a creepy crawler on a stick for me bud.

And by the way, great shots. You always seem to find the great shots that show the proximity of a different world near your own.