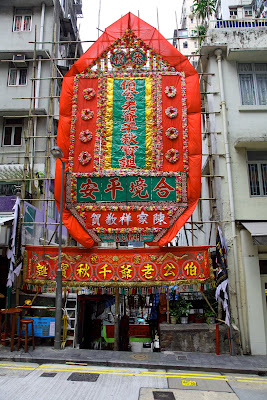 The little temple below the stairs halfway down my street has sprouted a rather large banner.
What sounded like thunder a couple hours ago turned out to be fireworks and everyone had the day off except me. 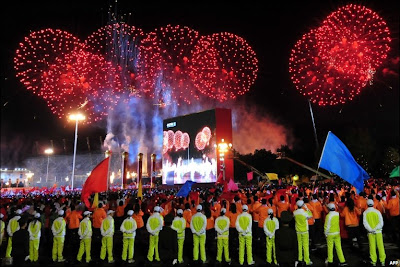 Poor me.
That Beijing lock down for the celebrations rehearsal I got caught in a couple of weeks ago has given way to the mother of all cold war military parades. 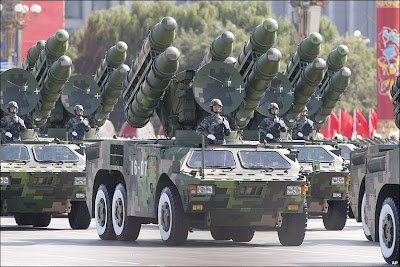 There was also the predictable spectacle of improbably good looking women, children and soldiers dancing, marching and singing the praises of the motherland. 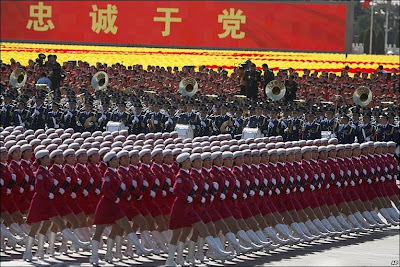 The Chinese space program also got top billing
I forgot they put a guy in orbit in 2009. 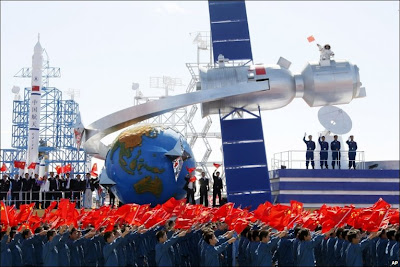 The only people lining the streets and sitting in the bleachers in Tianamen Square were a hand picked cadre of 30,000 party members and a smattering Billionaire Chinese Tycoons. 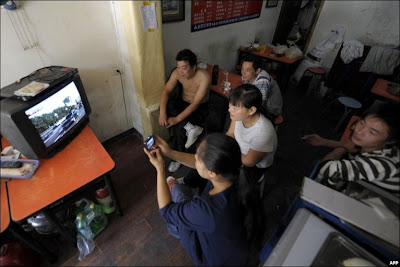 The good people of Beijing have been confined to their homes to watch the celebrations on the telly.
All very festive.
I fly to the UK tomorrow, then Barcelona on Wednesday, Ireland over the weekend with my kid then Frankfurt the following week.
Then back here on the 19th.
The trip to the UK is going to take 28 hours instead of the usual 12.
I have to go via Bangalore and Mumbai because direct flights cost my weight in gold.
"Holiday" price premium.
That's it.
Next post from the UK 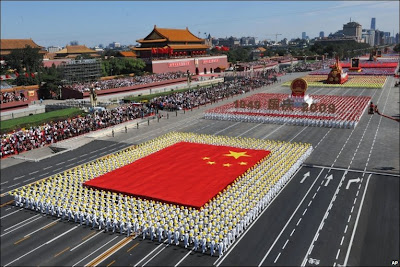 P.S. The only picture on this post that's mine is the first one.
It may appear a tad crooked, but the street is on a hill so I think I did rather well to keep the banner straight (ish).
Stay well everyone.
T
Posted by Terry at 10:48 am

Maybe you should try to fly from Taiwan to UK - the Holiday premium wouldn't apply then!!