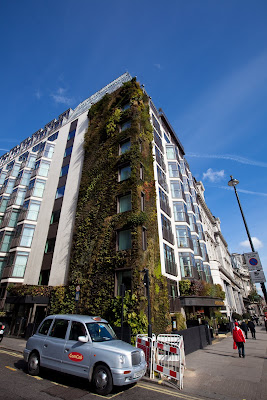 The "Living Wall" at the London Athenaeum Hotel on Piccadilly has survived its first winter.
I'd not seen it before and am sure now that spring is fast approaching, it will become quite a tourist attraction.
The wall uses a self irrigation system allowing the plants to grow vertically without being watered.
Designed by French "architectural botanist" (I didn't know such a profession existed), Patrick Blanc, the vertical garden covers 260 square meters.
It looks impressive, and though I have my doubts about its touted objective of "supporting the local ecosystem", it's a nice addition to the urban landscape. 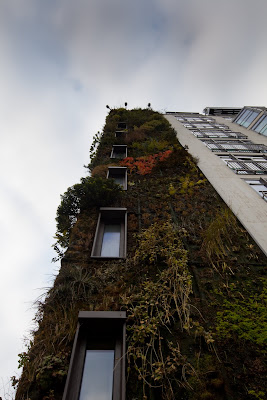 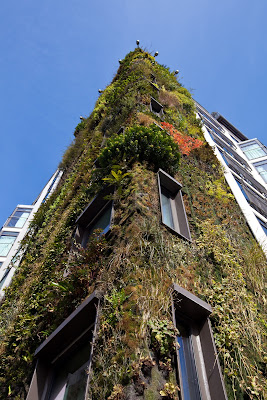 I don't have much to post but managed to snap a few pictures along Piccadilly in central London.
The old routemasters are plying their trade around the city having recently won a reprieve from the Mayor. 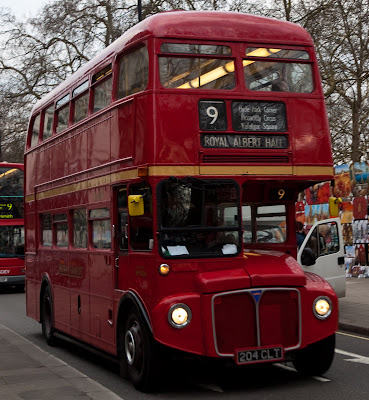 The Park Lane Sheraton has an "award winning" Tea Room where you jostle with Japanese tourists scarfing down cucumber sandwiches (crusts removed). 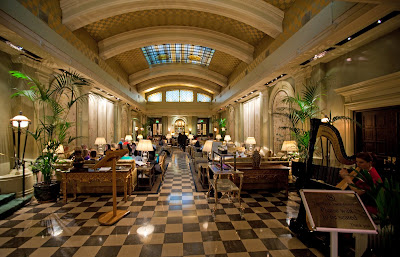 Kitch is flourishing along the road bordering Green Park.
I've always wondered, who other than the tea sated Japanese buy this stuff..... 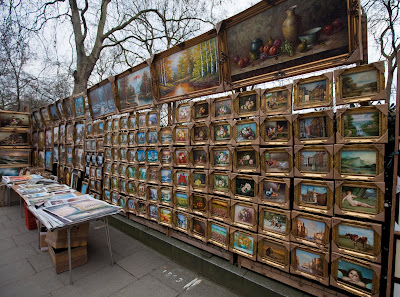 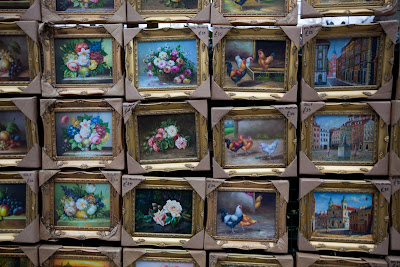 That's it for today.
I'm off to Leipzig for a couple of days and back on Friday.
Stay well everyone.
T 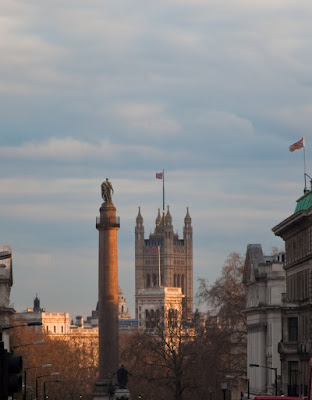 Have a great time with Jess this coming weekend.