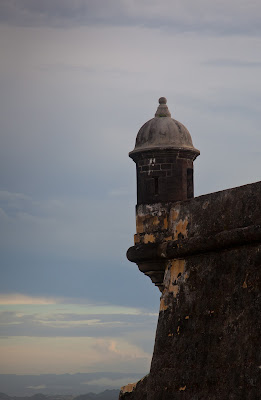 I was in Puerto Rico last week and it was HOT.
Pity I was inside pretty much the whole time in a windowless convention center.
I did get a sweaty two hours walking in the intermittent rain with a couple of colleagues and took these pictures.
The shot above is a hanging watchtower, one of many on the couple of fortress' in San Juan.
So part of the landscape are they that there's one on every license plate.
PR isn't a state, its a Commonwealth, ceded to the US after the Spanish American War as part of the Treaty of Paris in 1889.
Puerto Ricans are US citizens and have an elected Governor, but cant vote in Presidential elections.
Congress legislates much of its laws directly.
It feels different to the US mainland,
Its far more "Latin".
Even the airport had me reaching for my passport and a moment of panic when I didn't have it......you don't need it.
I don't have any lasting impressions  though I think that's more down to my lack of time rather than the place's lack of character. I lost my wallet during the trip which unfortunately will ever be associated in my mind with the visit.
San Juan  felt like it moved to the rhythm of cruise ships appearing and disappearing each morning. Thats my over riding memory.
That and it was hot.
And I lost my wallet.
Losing your wallet sucks. 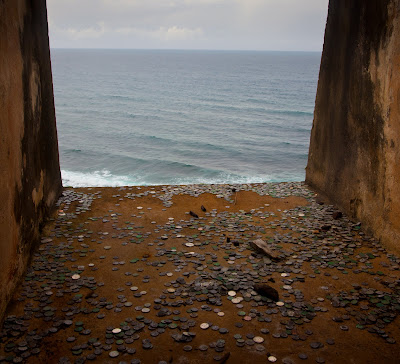 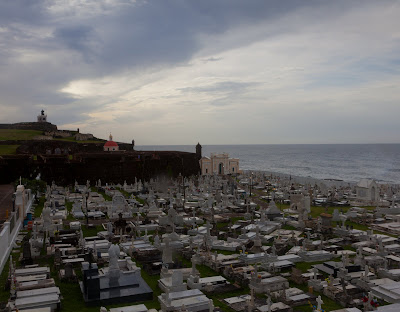 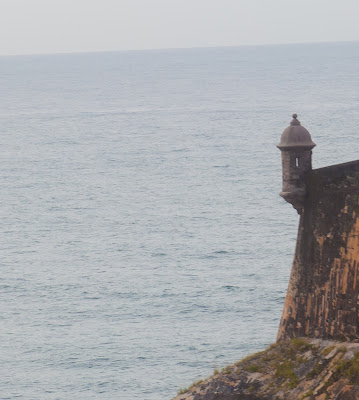 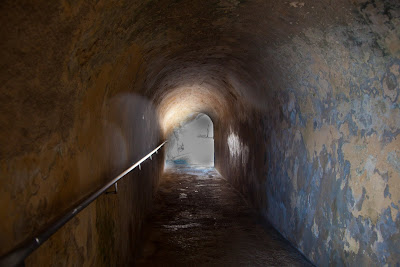 That's it for today.
I'm back in Michigan until Tuesday evening then I'm on the West Coast for a flying visit.
Next Week I'm in France.
Love to all
T 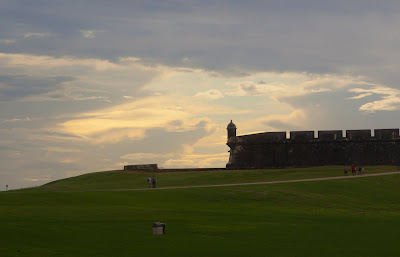 Hey miss ya sorry you lost your wallet ! Like the coin shed shot call me soon xo

Puerto Rico-what a great place to travel. Hope I will be there one day.

my island is so beautiful...glaD YOU GOT TO SEE IT.