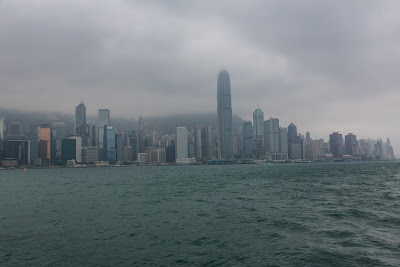 ﻿
Greetings from a hazy cool(ish) Hong Kong.
I arrived early evening yesterday and though the flight was comfortable, had passed the 11 hours unable to sleep. When I arrived at the hotel, I lay down for what I thought would be a quick nap and woke up 8 hours later at 4:30 am.
A new day, a new continent and a new Argentinian papa smurf in the Vatican .
It's strange to me that Hong Kong and China seem fascinated by the machinations of Papal politics; CCTV( Chinese State television-the English version)  devoted a lot of airtime to the Papal election with various pundits  weighing in on the implications of Vatican-Chinese relations.
Some of the observations were a bit bizarre but the comment that sticks with me was as follows:  "He's Argentinian, so naturally loves football. Chinese people love football so that is a good basis for starting a dialogue"
Hmmmmmm. Not sure about that.
Every time I leave HK I'm convinced its for good as I don't see a way back, but here I am once again.
Given I was awake and impatiently waiting for the day to begin, I took a quick trip over to HK side from Kowloon at the break of light and spent a couple of hours wandering around.
The entrance to Star Ferry is festooned with warnings about Falun Gong, the strange meditation religion so much the thorn in the mainland's side. The sect used to openly protest its treatment by Beijing at the Ferry without comment when I lived here, but it seems that a  Party compliant  administration feels compelled to voice disapproval
﻿ 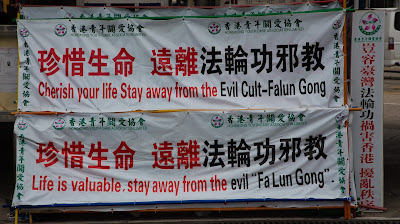 There was one lone practitioner at her post, surrounded by warnings of the evil, Taiwanese inspired  dangers of her religion. Falun Gong may well be a devilish evil cult ( I know nothing about it) intent on stealing misguided teenagers from good citizenship, but the whole thing had a whiff of farce to me.
﻿ 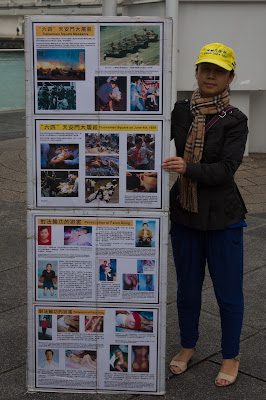 Star Ferry remains the best deal on the planet. $1 gets you awesome views and a 5 minute boat ride. 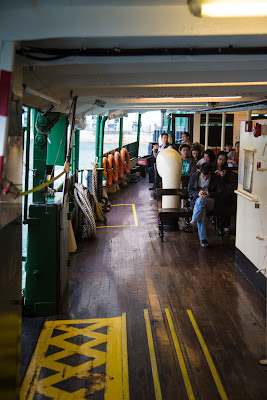 I was aimless in my wanderings this morning though I had a vague view to visit where I lived when I worked here. So far things were much the same. 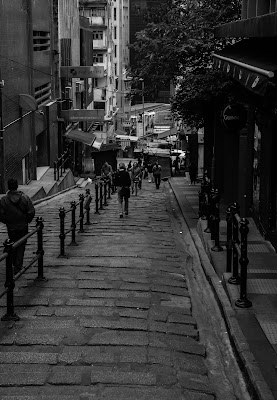 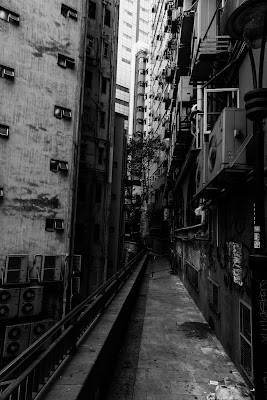 Much the same except for this building:
﻿ 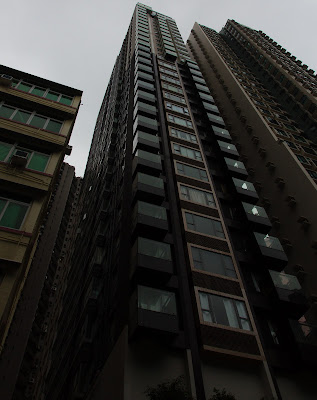 When I lived here this was a big hole in the ground. Now its one of the latest additions to  Mid levels  pulling in  expats and western Chinese eager to part with $3500 a month to rent a "spacious" 400 square feet.
That's if for today.
Beijing tomorrow.
Love to all
T
﻿
﻿ 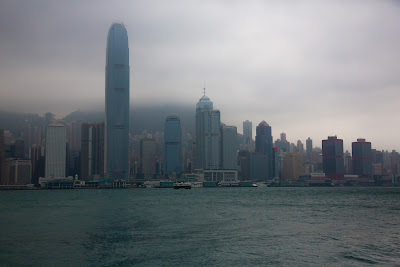