On Sunday I'm going to Korea 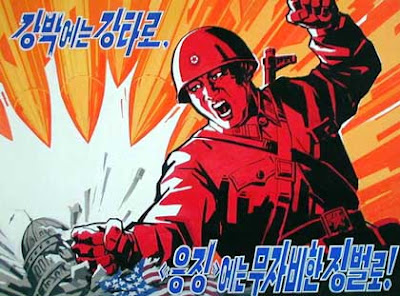 Tensions in the Korean peninsula have risen of late as Japan and the US have expressed alarm that North Korea plans to launch a satellite some time over the next ten days.
The US and Japan believe it is the final test of a medium range balistic missle.
Japan says it may shoot the rocket down and the US has been supportively silent in reaction to this.
Here are a couple of gems from the State run News Service in North Korea:
In view of the prevailing grave situation the General Staff of the KPA solemnly declares as follows in order to protect the supreme interests of the country and the nation from the war maniacs' reckless moves for aggression against the DPRK:

1. Our revolutionary armed forces will counter the enemies' any slight hostile acts of violating the sovereignty of the country and intruding into its inviolable territory, territorial waters and territorial air with prompt merciless military actions. It is the invariable stand of our revolutionary armed forces fully ready for all-out confrontation not to allow any enemies to intrude into our territory, territorial waters and territorial air even 0.001 mm.
2. We will retaliate any act of intercepting our satellite for peaceful purposes with prompt counter strikes by the most powerful military means.
If the enemies recklessly opt for intercepting our satellite, our revolutionary armed forces will launch without hesitation a just retaliatory strike operation not only against all the interceptor means involved but against the strongholds of the U.S. and Japanese aggressors and the south Korean puppets who hatched plots to intercept it.
Shooting our satellite for peaceful purposes will precisely mean a war.
3. As an immediate measure we will enforce a more strict military control and cut off the north-south military communications in order to guarantee the security in the opened Eastern and Western coastal areas under the control of the north and the south while the DPRK-targeted war exercises are under way. It is nonsensical to maintain normal communications channel at a time when the south Korean puppets are getting frantic with the above-said war exercises, leveling guns at fellow countrymen in league with foreign forces.
Accordingly, our army will cut off the military communications, the last channel which has existed between the north and the south, from March 9. 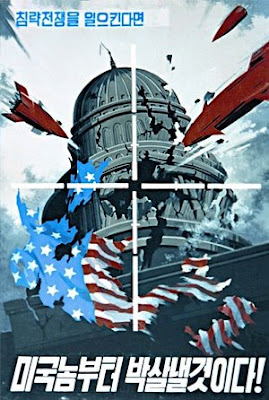 Sorry for the spacing here. Uncle Kim has deliberately messed up the code to stop a cut and paste! 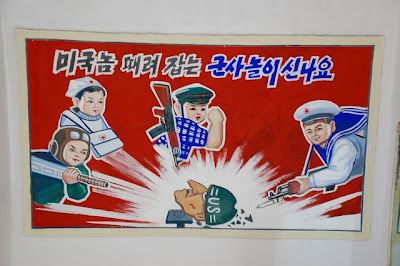 Apparently all border crossings have been closed and the war mongers are about to get their due. I'm annoyed because all trips to the demilitarized zone are canceled. I got some awesome pictures there a couple of years ago ( here) and I wanted to try my luck with a better camera.

Ah well you can't have everything. 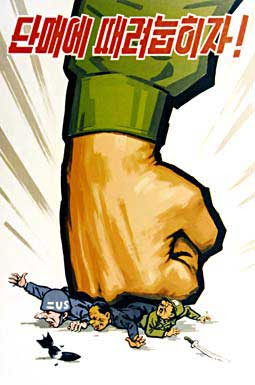 My Dad has photo'S of Korea !! taken 60 yrs ago ,some of which are in the British War Musuem in Chelsea , and some on his wall at his home ,he also has a 60yr old Korean flag just thought i would share this info :) penny xx