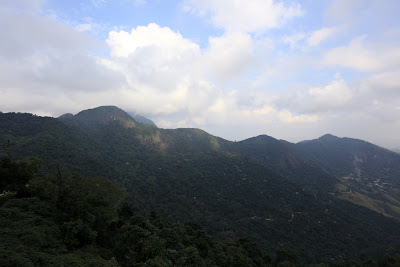 I'm sitting on my hotel balcony getting ready for a 34 hour journey back to Hong Kong ( via Madrid and London). This week I've been to Brasilia, Sao Paulo, Petropolis and of course Rio at the start and finish.
I haven't had much time to take pictures as I've been really busy.
I've been staying in Ipanema in a hotel on the beach. As its winter down here (25 degrees vs 35 degrees) the beach isn't jammed packed with flesh and thongs, but as the day goes on various people turn up and do what Brazilians do. 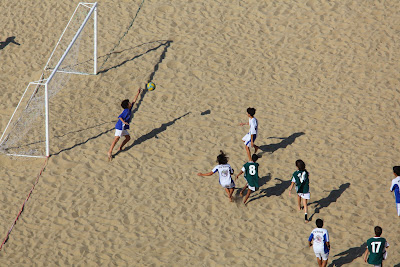 Most of these pictures were taken early in the morning from my balcony on the 8th floor and if ever I needed evidence of the power of a decent lens and the 21 million pixels of the Canon Mach5 II, I don't anymore. 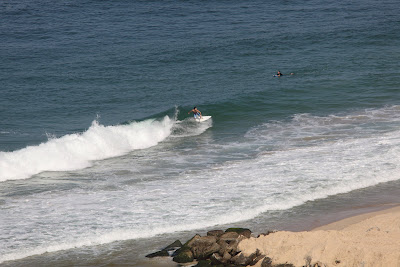 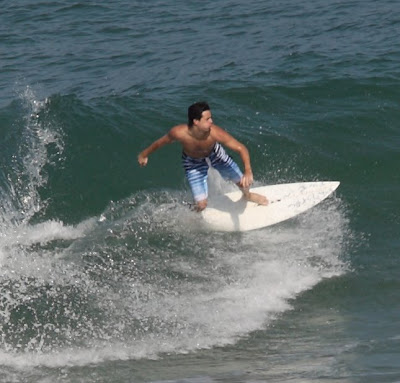 I spent about 8 hours in Brasilia earlier in the week. It's a "created" capital and with its wide avenues and lack of traffic, couldn't feel more different to the rest of the country. The "Jetsons" architecture is a bit jarring compared to that found in Rio and Sao Paulo. 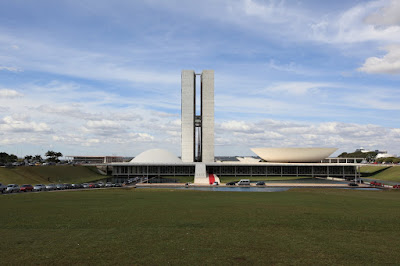 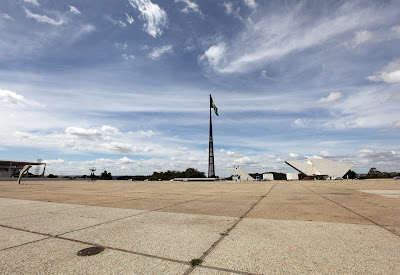 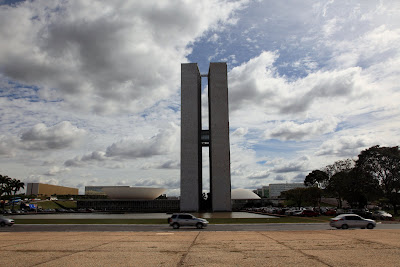 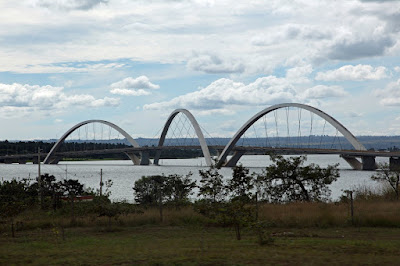 Two days in Sao Paulo and I really have little to say other than its much like any of the big cities I've been to over the years. Its the commercial hub of Brazil and crams in almost 11 million people.
My impressions are of traffic jams and helicopters flying over the sky scrappers above.
Oh and the occasional "love" hotel. 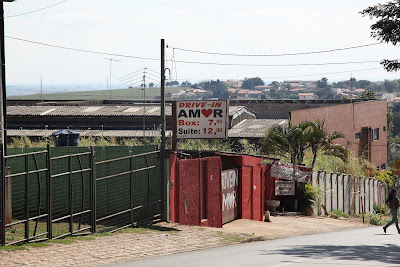 There are three crumbling airports in the city.
I've been to all of them but on this trip flew in and out of Congonhas, which is in the city proper and only 5 kms from the downtown core. Its notorious for slippery runways and in July 2007 a Tam airways plane slid off the end of the runway, vaulted the highway and demolished an office building opposite. Hundreds died in a ball of flame.
You can see the cleared lot in the picture below from my seat window. 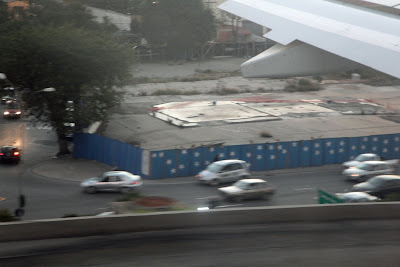 The city sprawls away into the horizon and the windless day produced a choking haze of smog. 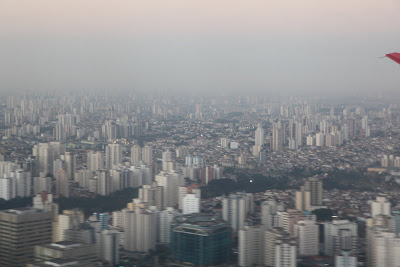 That's it for today.
I have about 7 hours before I fly and will take a swing through Rio and take any pics that appeal to me though truth be known my mind has already moved on and am a bit preoccupied with the trip ahead.
Stay well everyone.
T
Posted by Terry at 8:18 am