Ukraine trip cancelled, being told I may have Brain surgery and meeting Lipps and Roobo from Anvil 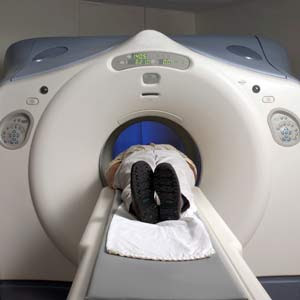 These past few days are one for the books.
Last week I had a couple of brain crushing headaches characterised by back of the skull caught in a vice sort of pain.
I remember thinking:
" Oh shit, here we go the clogs are popping and you didn't even get to say good-bye to your kid"
My brain didn't go pop.
I had a niggling worry that all was not well and didn't fancy a session somewhere on the Black Sea with a white smocked Russian doctor saying
"Sooo, you feel a pain in your brain...
We can we fix that.
Do you have US $?"
I went to a "private" GP thinking of the irony of visiting a doc in Cambridge under the umbrella of travel insurance.
Terry the champagne socialist.
I was expecting a stern lecture about the stupidity of smoking and the dangers of high (ish) blood pressure.
I got something else entirely.
Maybe it was the earnestness of the 20 something Australian-Chinese Doctor.
Maybe it was the graphic detail of my description of the headaches.
Whatever it was, I found myself lying 30 minutes later in an MRI machine after being told that I probably had suffered a "Brain Bleed" which had self-sealed but was likely to POP in the near future and render me nonexistent.
"Forget about your flight to the Ukraine. Pack an overnight bag for a bit of grey matter slice and dice at Addenbrooks hospital tomorrow once the results are in"
Hmmm
Have you ever had an MRI?
When you see the machine it looks very Star Trek.
It conjures up clicks and thunks and the feeling you get when a high spec Audi door closes thickly with monied, satisfiying conviction.
Its not like that at all.
When they show you into your cubical and tell you to empty your pockets of everything, they really mean EVERYTHING.
No metal allowed.
" You're not claustrophobic or anything?
Here's a panic button, press it if everything gets too much"
I was slid into the tube with a reassuring electronic hum.
Then the lighter fell out of my shirt breast pocket with a metallic clang.
The look of horror on the woman's face was disconcerting.
" THAT would have been a REAL problem for you.
Anything metal is bad.....VERY BAD"
Hmmm
Pinioned into a neck brace and clutching my panic button I shimmied my hand down the ass of my jeans frantically checking pockets for stray coins or keys.
Wait a minute, what about the metal rivets on the corners of my pockets?
What about the zipper?
Visions of my hair bursting into flames were banished by the start of the MACHINE.
Half a dozen demented seven year olds beating pots and pans with wooden spoons.
That's what an MRI machine sounds like.
This is not a high tech symphony of diagnostic science.
It went on for 38 minutes.
I became mesmerised and even discerned a strange rhythmic cadence in the racket of magnets mapping the blood flow in my brain.
The most startling thing came n the last 10 minutes.
I became obsessed with the idea of getting Chinese food on the way home.
BAD Chinese food.
When it was all over I went home to my soulless Ikea furnished serviced apartment and slept well fortified by sweet and sour chicken balls, boiled rice and a quarter of vodka.
All rather unreal.
Though worried, I never believed that the surgeon's knife was in my immediate future and my life was about to change on a dime.
Sure enough, I got the all clear the next day.
I feel a bit foolish at all the fuss I've caused telling work/ friends/ family about this whole episode but I can't shake the feeling that there's a warning of sorts lurking somewhere in all of this.
The obvious "slow down" has been heard and understood, but I imagine I'll probably do a more comprehensive reassessment over the coming weeks.
Or not.
I'm getting ready to go to Brazil on the weekend and am looking forward to seeing Jess tomorrow so that's enough for me for now.
Oh I almost forgot, I met Lipps and Robbo from Anvil tonight in my hotel bar.
Did you see the movie "This is Anvil"?
Nice Toronto 50 something believers.
Stay well everyone
T
Posted by Terry at 7:47 pm

Sounds like hell; I hate going to the doc's anyways. Slow down, Terry, and stay well -

Here's a top ten list of jobs that won't risk your brain exploding (possibly imploding, but that's not nearly as bad):

1) Supermarket check out worker - the zip zipping of barcodes is recognised for its therapeutic qualities. Pay low but why would that bother a lefty like you?

4) trucker - with salad in your lunch box

7) Sudoku setter – you love figures of all sorts

8) photographer – use your keen eye

10) Painter and decorator – Just you, your pot and brush. No ladders needed for high ceilings. You'd do well at this.

Tax the wealthy, not the healthy.

If you tax the wealthy too enthusiastically, you hear the patter of well shod heels departing these shores...

Where was I when work interrupted me, rudely...?

Good you got it checked out.

My aunt (a nurse and a smoker; likes a tipple) had a similar headache experience, knew what was probably up, went straight to A&E, then got bounced to 2 further NHS hospitals by ambulance to try to find a working CT scanner (you'd think they'd call ahead?). Eventually (time being of the absolute essence with these things) to be confirmed with a sub-arachnoid haemorrhage (brain bleed).

She survived. A mixed blessing for all the family, as she was the most weapons-grade aunt before this. Since then, her husband has tried to kill her with a shovel, (after persistent and extreme provocation).

I went to see Anvil, the story of Anvil (on your recommendation).
Great movie. Although I think I was the only girl in the movie theatre, so they might want to tweak the PR ("It's not just about a hard rock band on tour, it's a story of struggle against the odds, family solidarity, love, and above all a testament to the tenacity of the human spirit" ...you get the picture).

If you haven't seen "In The Loop", go. Fantastic, although alarmingly prophetic.

Hope you got to see Jess.

"If you tax the wealthy too enthusiastically, you hear the patter of well shod heels departing these shores...TR-HW"

Is the above some kind of joke? Do you think anyone CARES they leave these shores?

Hmmm
Back to the bad old days of class conflict eh?
I wonder what the entitled "give me a council house/new tits on the NHS/sign on and dont work classes would say if THEY had to pay instead of belly up to the trough?
How much tax is fair tax? 55%?
65%?
70%?
If they depart these shores then the taxes they pay go with them. As much as you hate the idea´, these well shod parasites pay more taxes ( which fund the welfare state and all the goodies that go with it).
The death spiral of unemployment and unfundable social programs will go the way of the dodo.
How would you like to work 80 hours a week and see the fruits of your labours disappear into MP expences?
Fair taxes yes.
But the old story of the unproductive landed gentry is a myth from yesteryear.
Except of course if you´re talking about the royal family. Its always strange to me how the working classes are happy funding that band of parasites but want to stick it to people who have made an honest living.