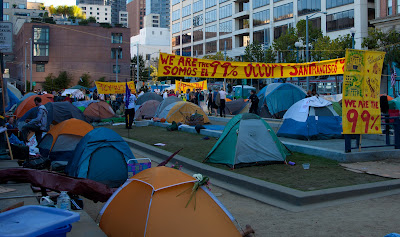 I was in San Francisco  at the begining of the week and had a few hours to kill on Sunday afternoon.
I went out onto the Bay and got some pictures of the Golden Gate Bridge ( as usual ) and on the way back took a street car and jumped off when I saw this lot doing their thing. 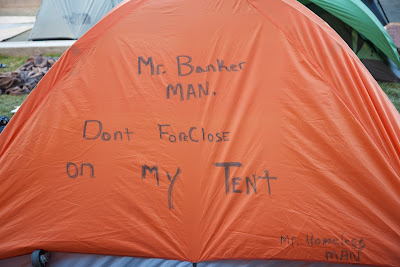 Occupy San Francisco is the softer flip side to the group across the Bay in Oakland.
I saw both.
In Oakland the camera stayed in the bag.
Very different vibes.
In San Fran I wandered around listening to "collective raps" and watched weird interpretive dance performances....without any music. 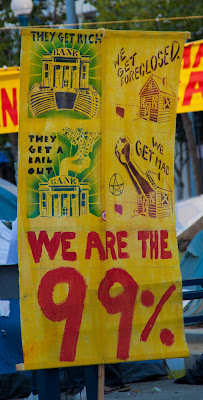 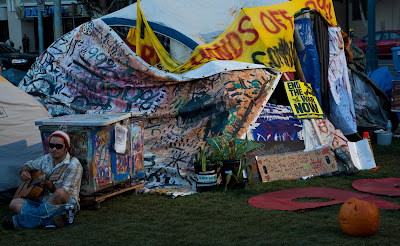 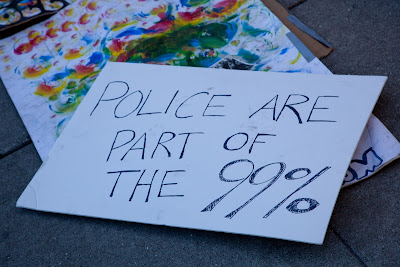 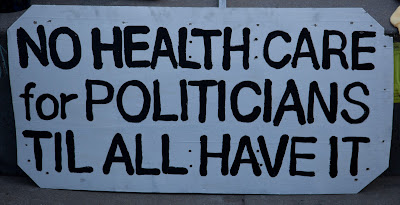 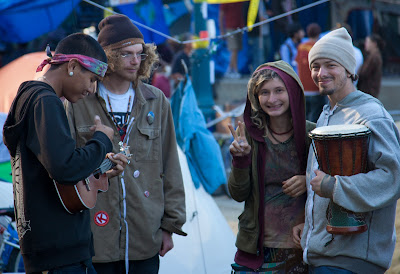 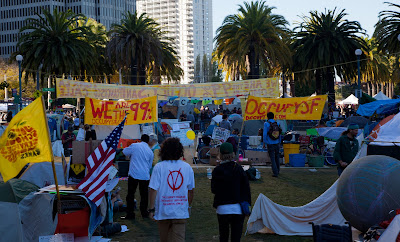 It was all very......... earnest .
I  understand why people are protesting.
They're frustrated and pissed off that the government spent billions on bank bailouts (some of which went on banker's bonus'), but cant seem to do anything about people losing their homes to the very same banks.
They were protesting quite a few other things as well, some of which  I agree with some I don't.
Sprinkled amongst the tents were  homeless people who seemed bemused but happy to have their shopping carts surrounded by these folks in  tents.
I wonder if they're offered space under the canvas when it rains... 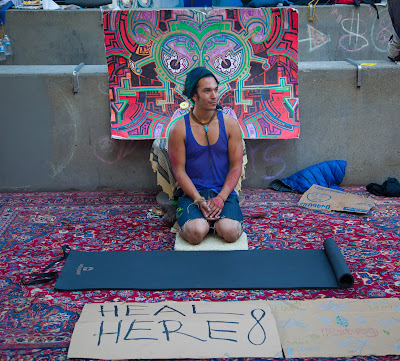 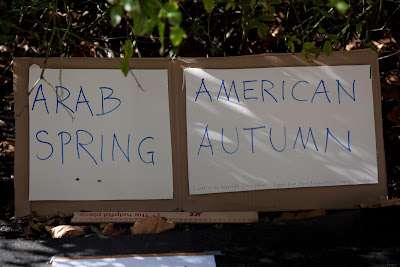 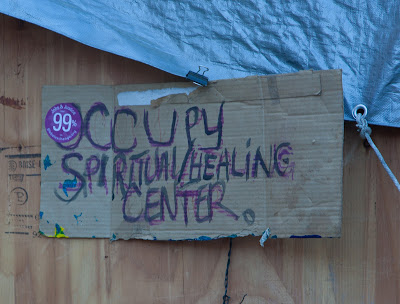 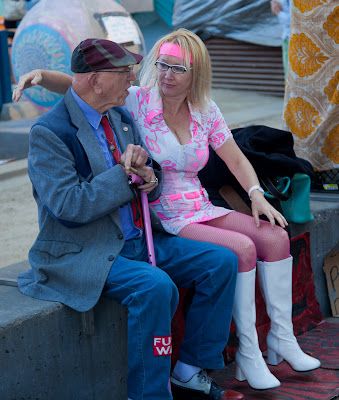 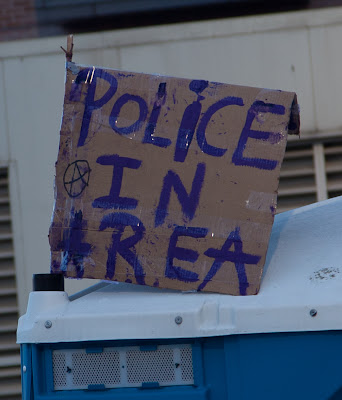 It'll be interesting to see how  the occupy protests develop as it's a bit free form at the moment.
In San Fran people came up to me and asked me questions about how I felt about the protest.
In Oakland a  big black guy said  " Hello detective"
In San Fran I looked like an interested  middle aged liberal white guy.
In Oakland I look like a cop.
There's a message in there somewhere.
Suggestions welcome.
Stay well everyone.
T 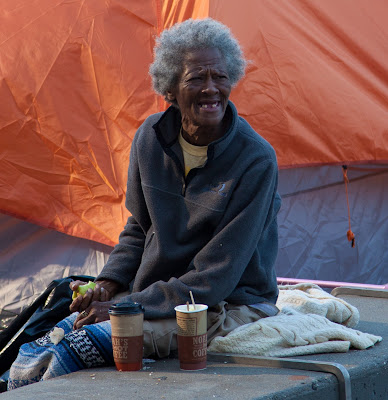 Maybe it was a "good cop/bad cop" thing.